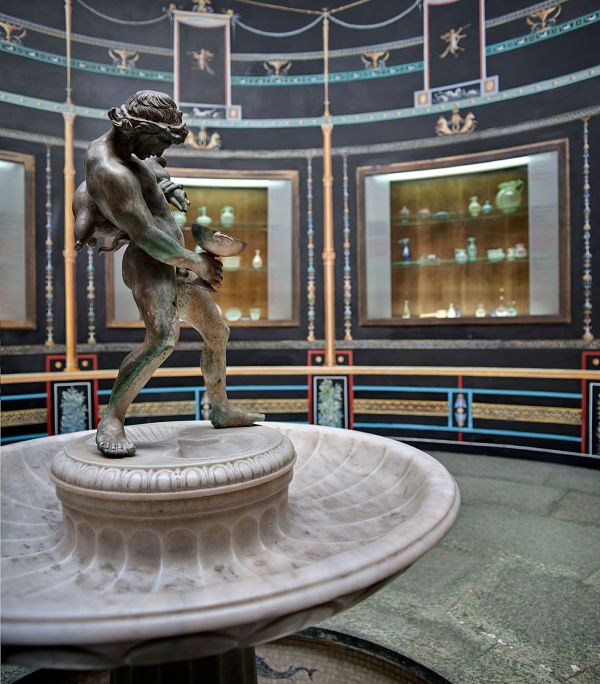 The AMC has a fantastic collection of ancient glass. These items are astonishing by virtue both of their beauty and their state of conservation. Some of them still had remains of the cosmetics they contained and the applicator that was used.

We may regard glass as one of the earliest materials of synthesis created by mankind from a mixture of different components subjected to high temperatures. Its discovery must be traced back to a series of processes that were found to produce a thick liquid mass which could be worked when hot to give it a range of forms.

In antiquity, the earliest production of glass involved the use of raw materials, included the use of colours and was centred on a few areas in the Near East and Egypt. The secondary phase, the transformation of glass, took place in these same places and in the West, where it was exported from early workshops in the form of blocks or ingots.