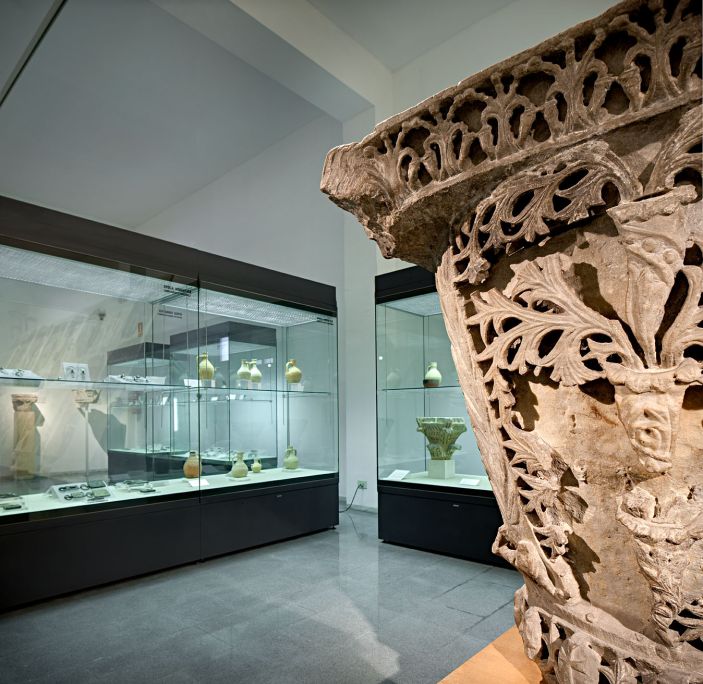 This capital came originally from the Church of Saint Polyeuktos which was built in the 6th century and survived until the 11th, when its most significant elements were dispersed across the Mediterranean.

We do not know how this capital reached Barcelona, but the most likely explanation is that it came via Sicily, which was conquered by the Catalan Almogàvers in 1282.

The capital remained in the Church of Saint Michael in Barcelona until the revolution of 1868. Subsequently the piece was moved to the Church of La Mercè, where it served as a baptismal font until July 19 1936.