Anatomic model of a man 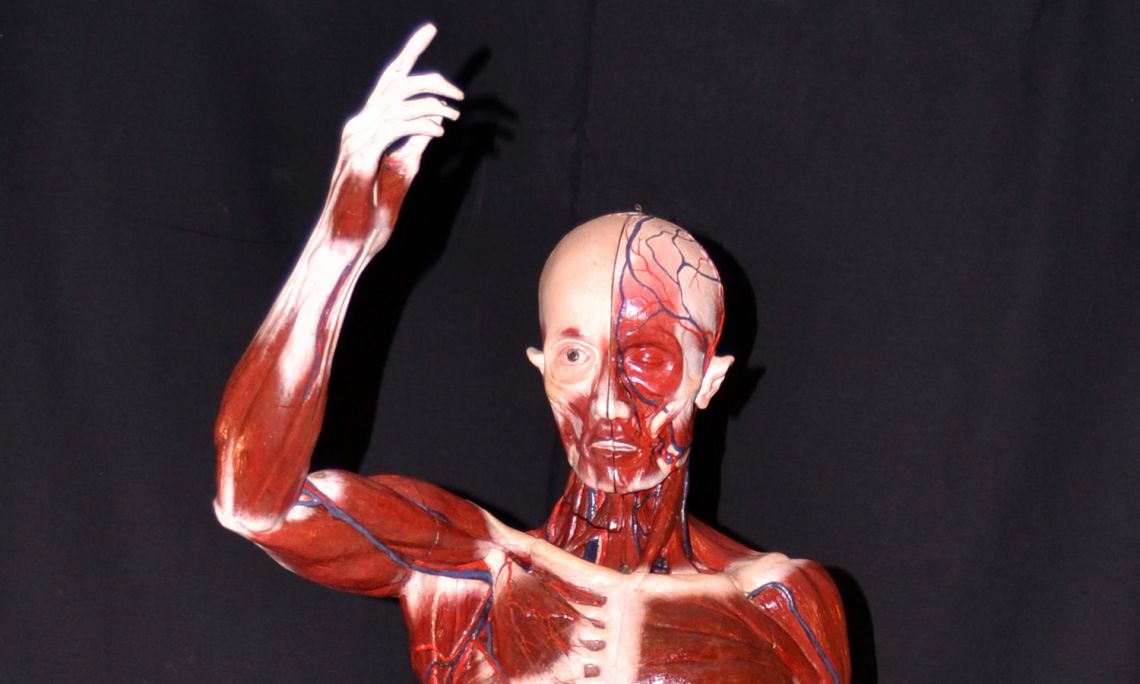 Anatomic model of a man shown in sections. Darder Collection, 1916.

Exhibit from the end of the 19th century made by the french company Deyrolle, where Francesc Darder acquired many educational objects that he later sold in his natural science shop in Barcelona. It still has its original wooden base, although it seems it never had the wheels advertised by Darder in his catalogues. It can be taken apart (both of the arms, half of the head and part of the body), and originally came with all the intestines, made of paper mache.