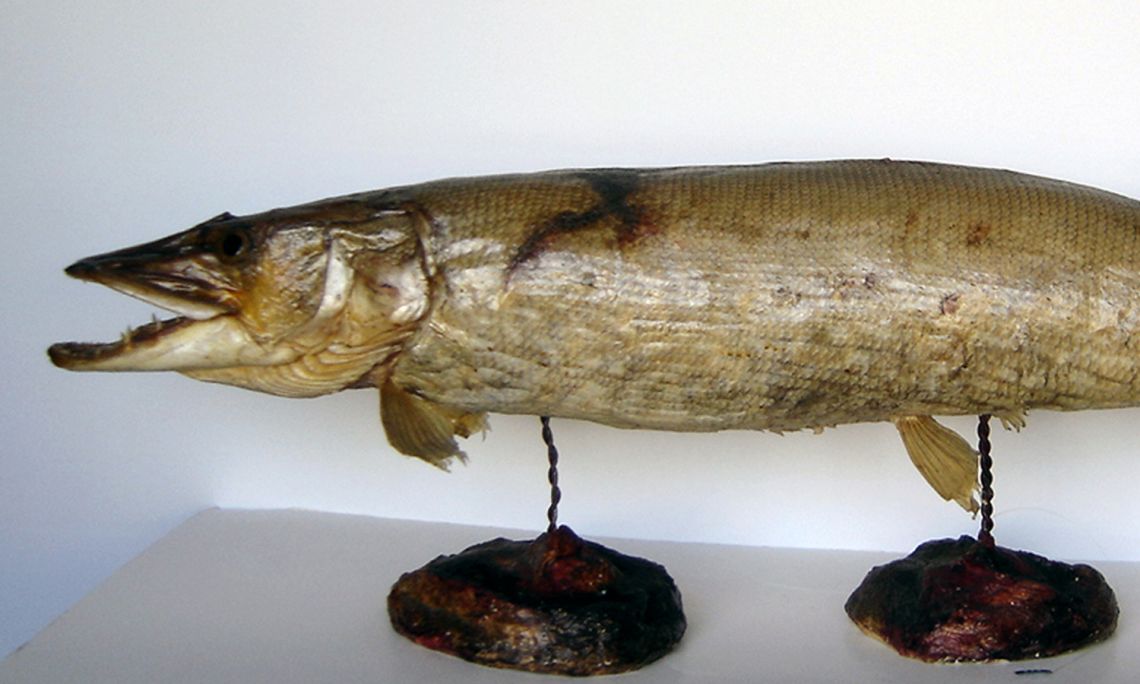 One of the last pikes caught in Banyoles lake, in the 1950s.

Until 1910, the lake had low levels of fish due to its natural features. Francesc Darder encouraged the fish to repopulate with the Festa del Peix (Fish Festival). In 1954 it's recommended introducing a predator, the pike, to control the carp and common rudd, although it ended up eating the few remaining native species left. A few years later, the Fishermen's Society caught the last of the pike (which fortunately failed to reproduce), and donated it to the museum.