Document making it compulsory to wear a signal 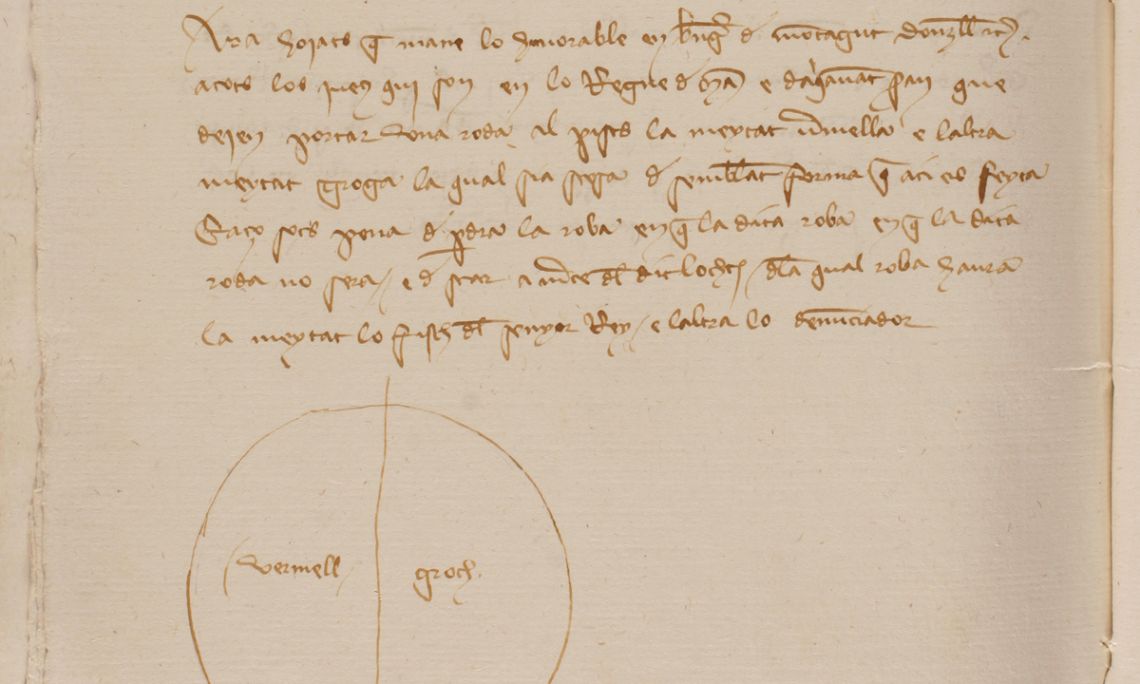 Document making it compulsory to wear a signal. 1394, Majorca. Reproduction (original in the Archives of the Kigdom of Majorca). Museum of Jewish History.

The breakdown in relations between the communities and outbreaks of verbal, physical and legal conflicts increased steadily during the 14th century. By the end of it, the marginalization of the Jewish population was highlighted by repressive orders such as having to wear a round signal (called rodella) sewn in their clothes whenever they left the quarter. In the Kingdom of Majorca it had to be of two colours: «la meytat vermella e l’altra meytat groga» (one half red and the other half yellow).