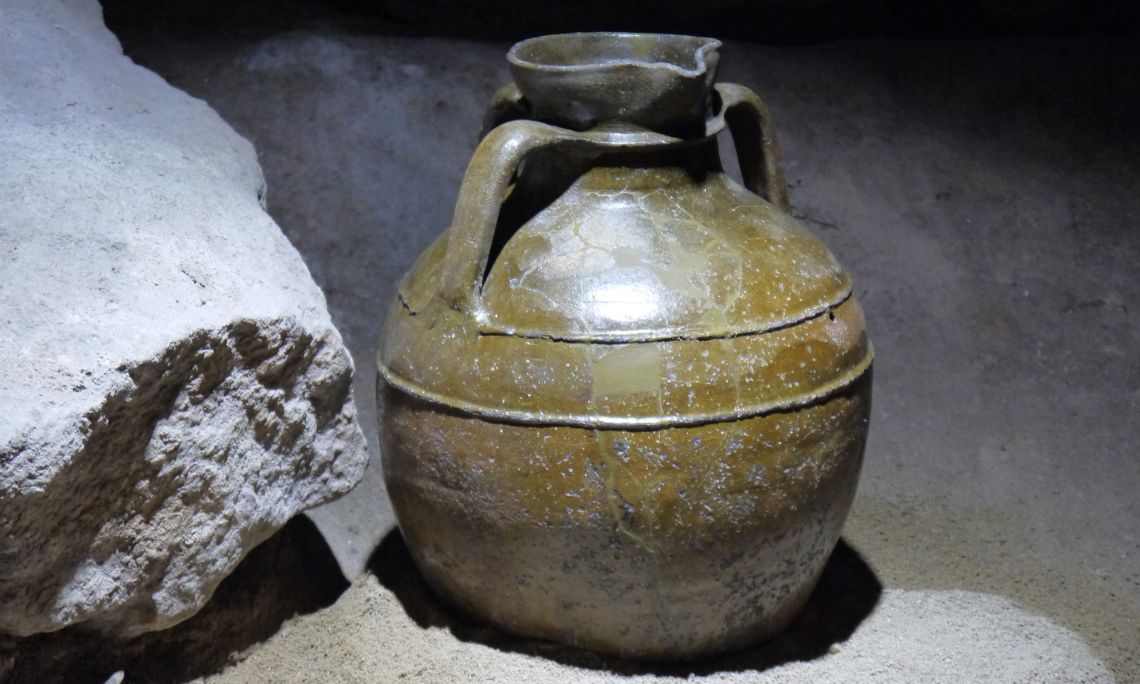 Three-handled jug. Green-glazed ceramic. 13th century, Girona. Found in the courtyard of the museum in 2012. Museum of Jewish History.

During archaeological digs (2012-2013) carried out in the courtyard of the Museum of Jewish History, the structure of a 13th century house destroyed towards the end of the 14th century, was revealed. This large piece of pottery was embedded within the inner walls of the house. Everything indicates that it was placed there deliberately, because the stone wall was built around it: this is one of the unresolved mysteries of the Jewish quarter.