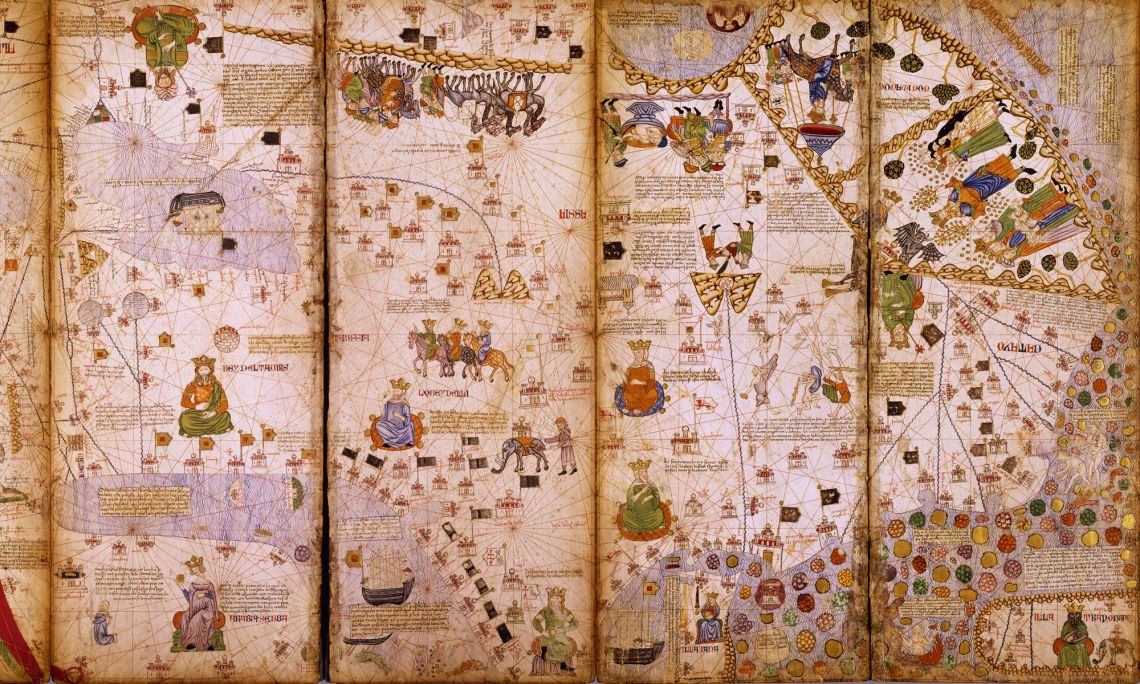 One of the most important activities the Catalan Jews engaged in was the study of science, especially astronomy and cartography. In 1373 two Majorcan Jews, Cresques Abraham and his son Jehuda, were commissioned by the king to make a "map of the known world." The result was this fine specimen with seven tables, which was given to the Dauphin of France as a wedding gift from the Catalan monarch.