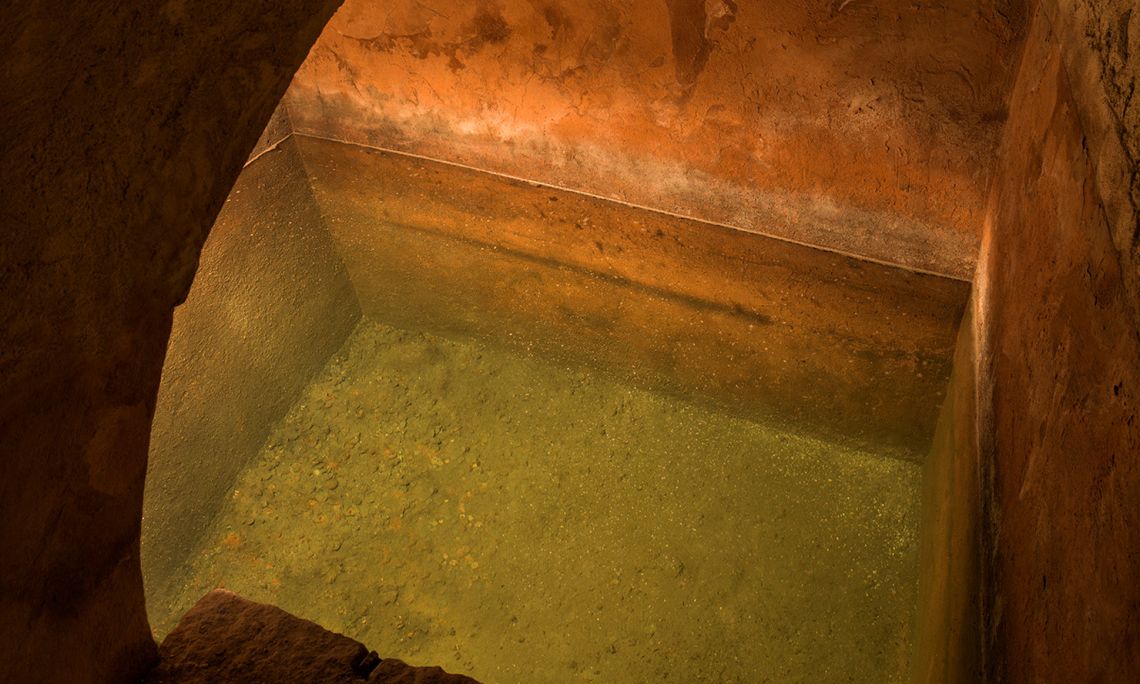 Remains of the mikveh, the ritual bath of the last synagogue in Girona, 15th century. Museum of Jewish History.

The remains of this mikveh (a bath for ritual immersion), used by the Jewish community of Girona between 1435 and 1492, are on the second floor, across the courtyard. They were discovered in the course of archaeological digs carried out in February 2014 around the old cistern. It is a small mikveh which gathered up the rainwater coming down through a pipe discovered during the dig.