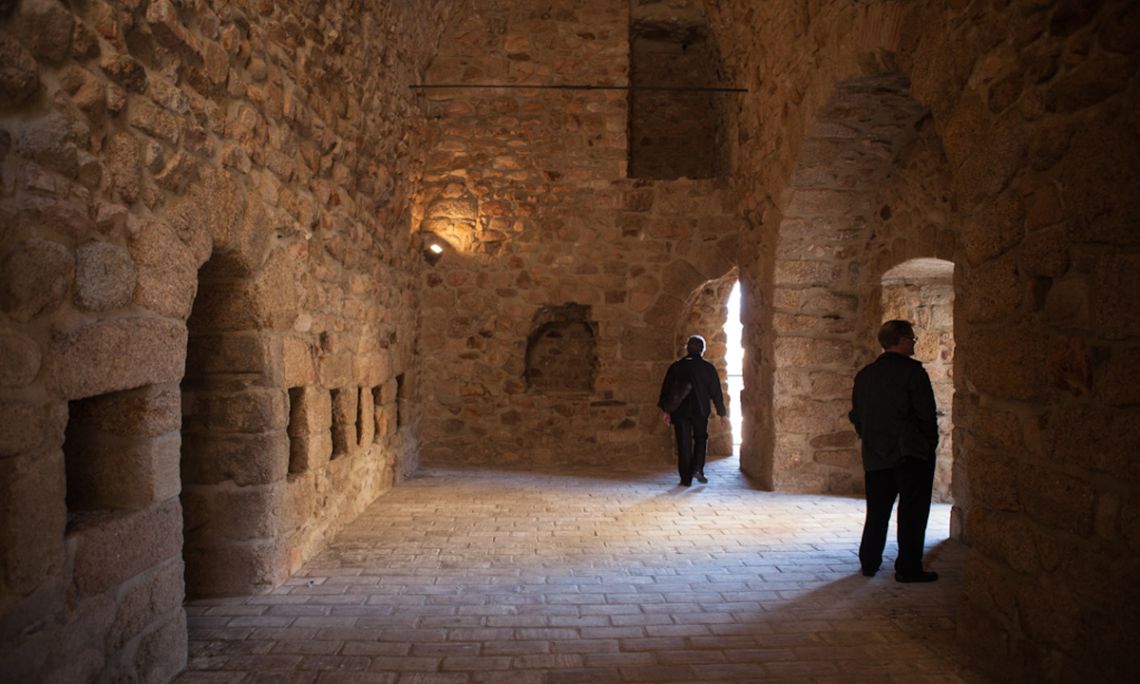 Living space of the defenders of the monastery during attacks and sieges. Sant Feliu de Guíxols History Museum.

Top floor of the defence tower, where the defenders of the monastery took shelter. It was usually higher than the other floors, since it was where they lived during the siege. Through the embrasures they could fire at the enemy without being seen or excessively exposed. It should be noted that the baroque monastery building did not exist in ancient times, and defenders had to fend off the attacks from the side of the Puig Castellar mountain.