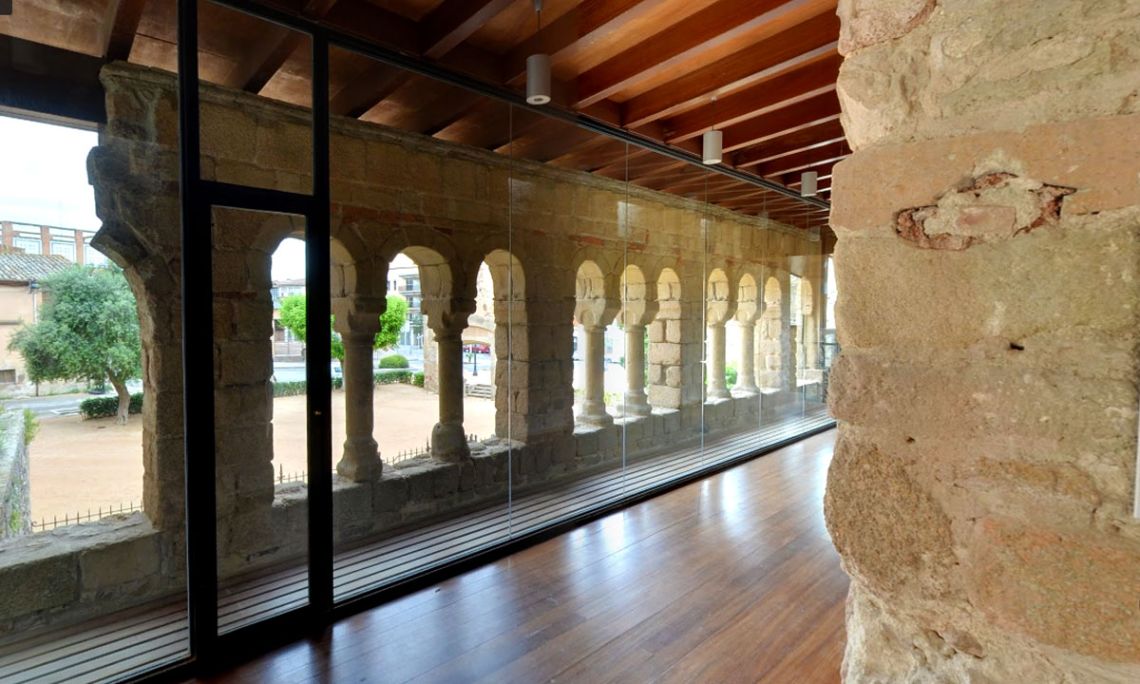 Connection between the Corn tower and the Fum tower through the top gallery of the Porta Ferrada. Sant Feliu de Guíxols History Museum.

The would originally have been part of a noble non-religious manor to which the romanesque church and the defence towers were later added. The construction dates back to around the 8th century. In the 12th century it was converted into the monastery cloister –in the sense of a place for meditation, independent from its architectural structure—and the top gallery was added. The lower part was used as Lo Signe , a ceremonial place where documents were signed, a major iconic space in monastic life. Abbot Bernat of Torroella (1433-1460) refurbished the top part as a dormitory, with six small cells.