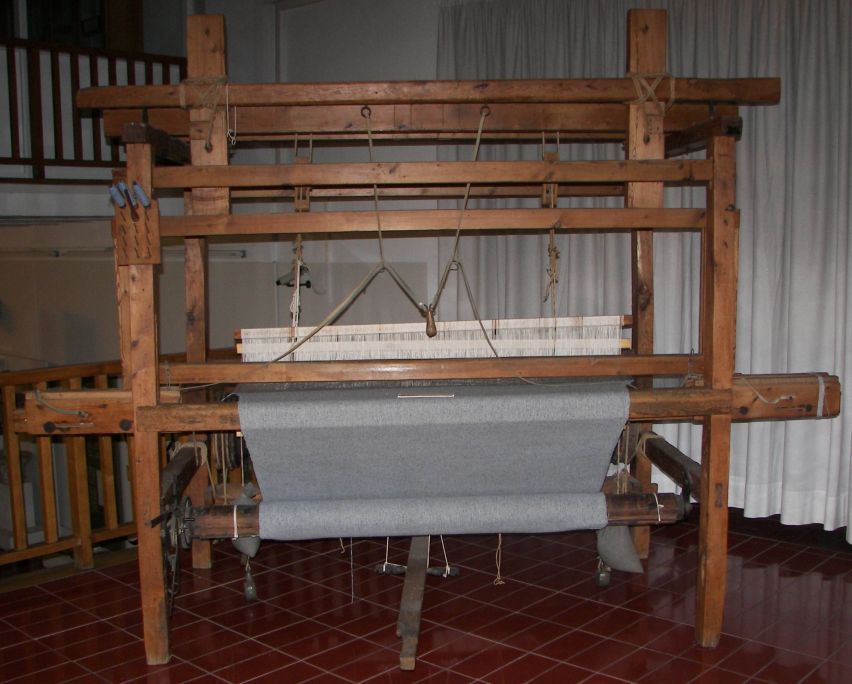 A wooden loom with two frames and a mesh of plant fibres (now replaced with cotton). The piece may be dated from between the late 18th and early 19th centuries.

Sabadell had been a centre for the production of wool, hemp and linen since the Middle Ages. In the 17th century, the Sabadell wool industry benefited from the transfer of industries from Barcelona to take advantage of abundant cheap labour, quality water and good communications.

Many weavers were private artisans with their own looms, often in their own homes. There were 178 weavers in Sabadell in 1793.