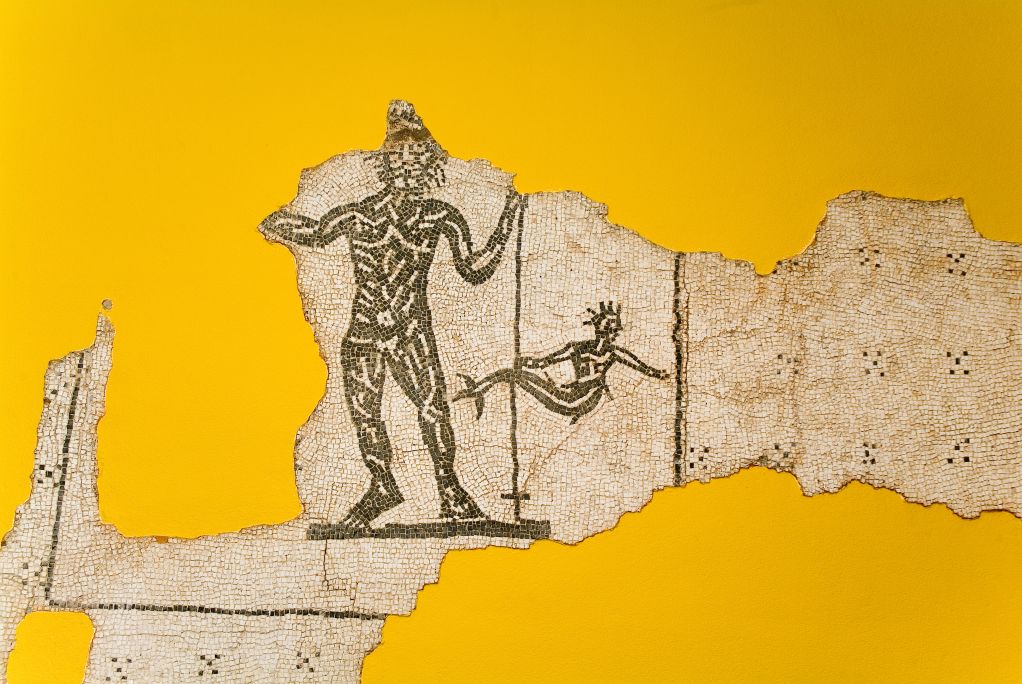 Mosaic found in the Roman villa of La Salut and dating from the 2nd or 3rd century. Sabadell History Museum.

The central part of this black-and-white marble tesserae mosaic has survived, showing the god Neptune and a female triton. Dating from the 2nd or 3rd centuries, it constituted  the flooring of a room, probably a private thermal bath, in the  pars urbana or residential part of the Roman villa of La Salut. Excavation of the villa began in 1912 under the supervision of Joan Vila Cinca and Vicenç Renom Costa, who worked there until 1949. Discovered in 1934, the mosaic was subsequently  transferred to the Museum.