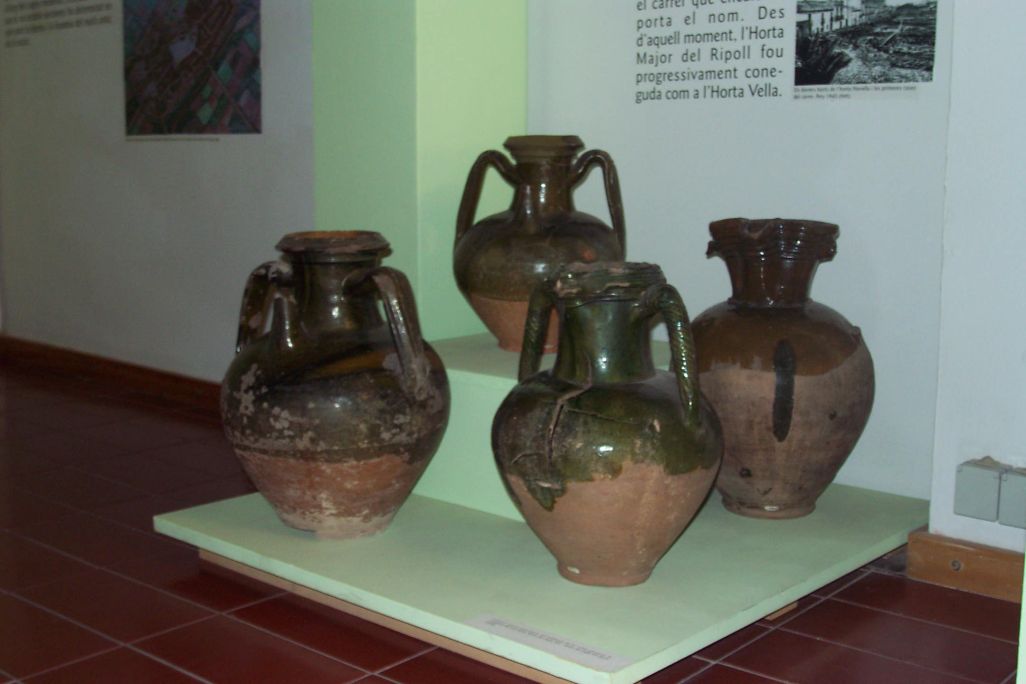 Jars and jugs dating from the first quarter of the 15th century and used to carry water. They were found in the Church of Sant Fèlix vault after fire had ravaged it  during the Tragic Week (Setmana Tràgica, 1909), causing serious damage to the Gothic structure.

The pieces used as infill for vaults were called  load-bearing pottery, because they added bulk to the vault without increasing its weight. As in this case, the pieces used were almost invariably defective and therefore unusable.