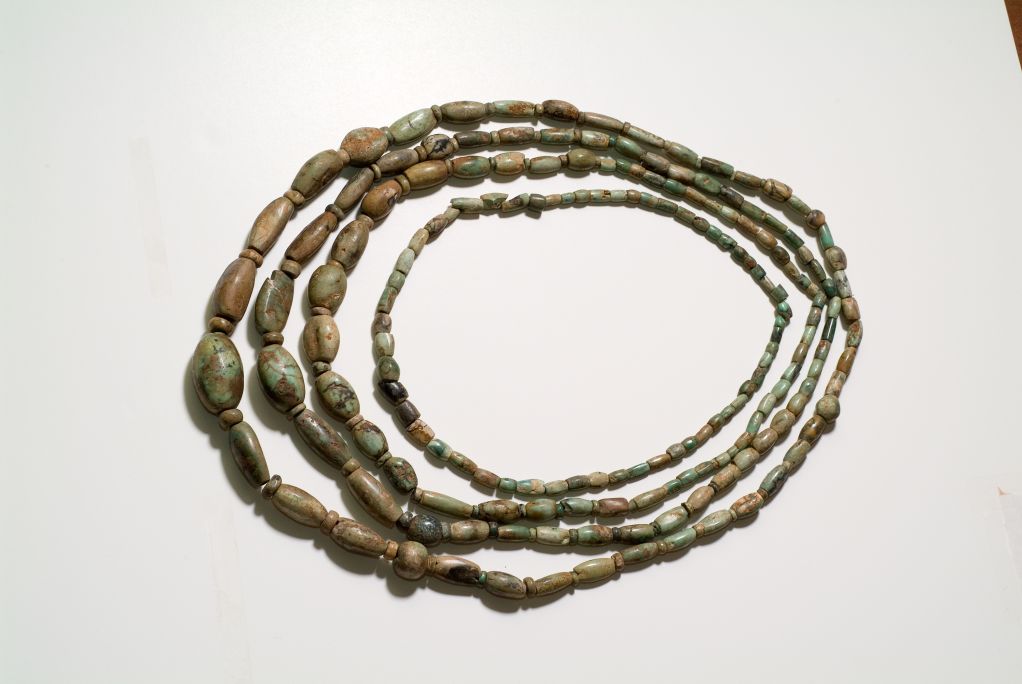 Variscite necklace which was part of a Neolithic funeral trove. Sabadell History Museum.

This variscite necklace formed part of a funeral trove from a Neolithic burial site some 6,000 years old.

In the Neolithic period, Western Europe saw extensive use of green minerals such as variscite to make body ornaments. The colour had not only great ornamental value but also social and symbolic meanings. The only prehistoric variscite mining complex known in Europe was in Gavà.

The necklace is made of 252 disc and barrel-shaped pieces, and was found on the archaeological site of Bòbila Padró - Can Tiana (Ripollet).