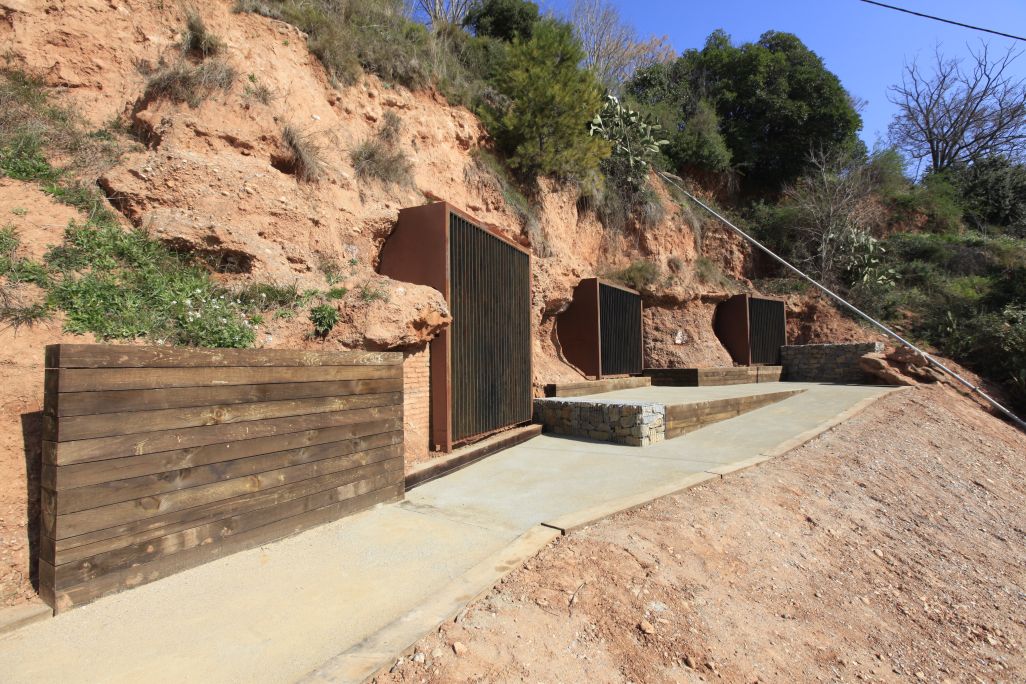 Some of the caves of Sant Oleguer, which were inhabited during the 1940s and 1950s.

In the 1940s and 1950s the clay hills on the right bank of the river Ripoll were excavated to create artificial caves as places for immigrant families to live in. For due to absence of foresight combined with absolute indifference on the part of the Franco regime, there was a complete lack of affordable housing.

The caves were dug in four different parts of the city. The sector with most was that of Can Quadres i Sant Oleguer, where there were 112 inhabited caves in 1946. They were arranged in rows and linked by paths and stairways made by the inhabitants themselves. By 1952 the number of inhabited caves had fallen to 82, where some 500 people still lived. The last of these caves was closed by the municipal council in 1958.