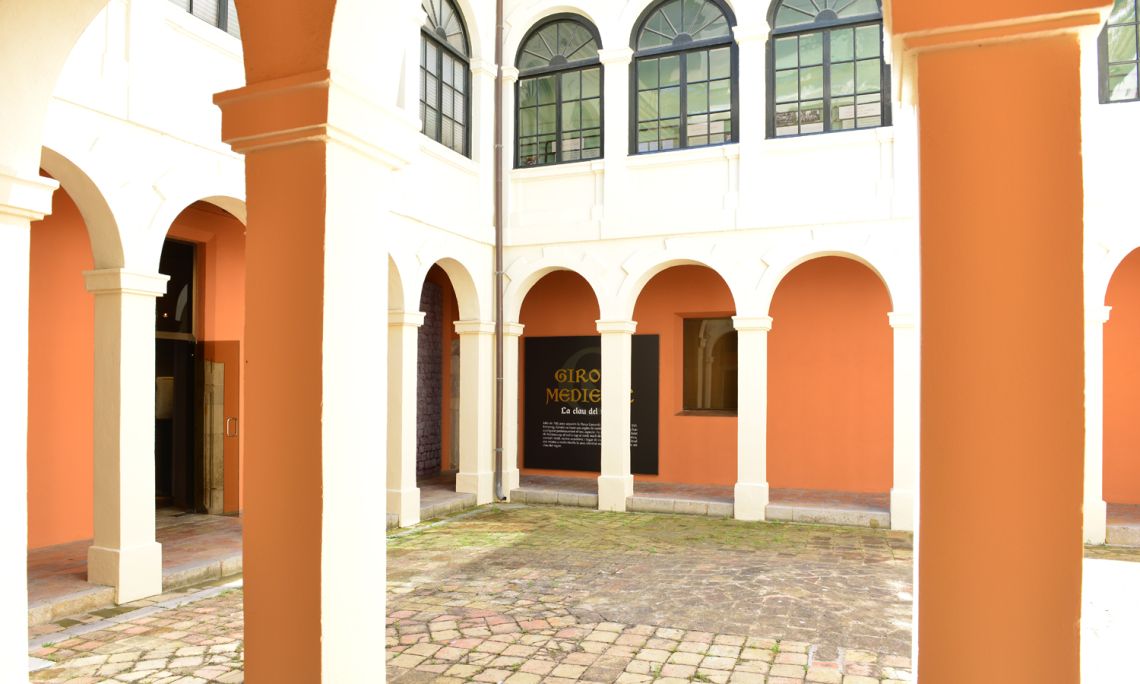 Cloister from the 18th century. Photo by Kim Peravalsky.

The building has a unique history, and is a true marvel worth discovering in itself. It contains the remains of a Roman wall from the late 2nd century or early 3rd century. During the 15th century it was a prominent Gothic mansion owned by the Cartellà family; later, around 1753, it became the convent of Saint Anthony of the Capuchin friars. Interesting spaces in the old convent have been preserved in excellent condition, and they can be visited today in the Museum. Perhaps the most iconic of these places is the cemetery or mummification chamber, a place in line with the Baroque concept of death. The cistern is an interesting example of vaulted stone pillars, and is the largest space in the building for rainwater collection, used to supply the convent with water; other spaces include the cloister and the coal house. In the late 19th century the building was converted into secondary school. During the Civil War, the coal house was used as a bomb shelter for the students and staff in the school, as well as the residents in the local neighbourhood. Since 1981 the building has housed the Girona City History Museum.