The period of The Republic 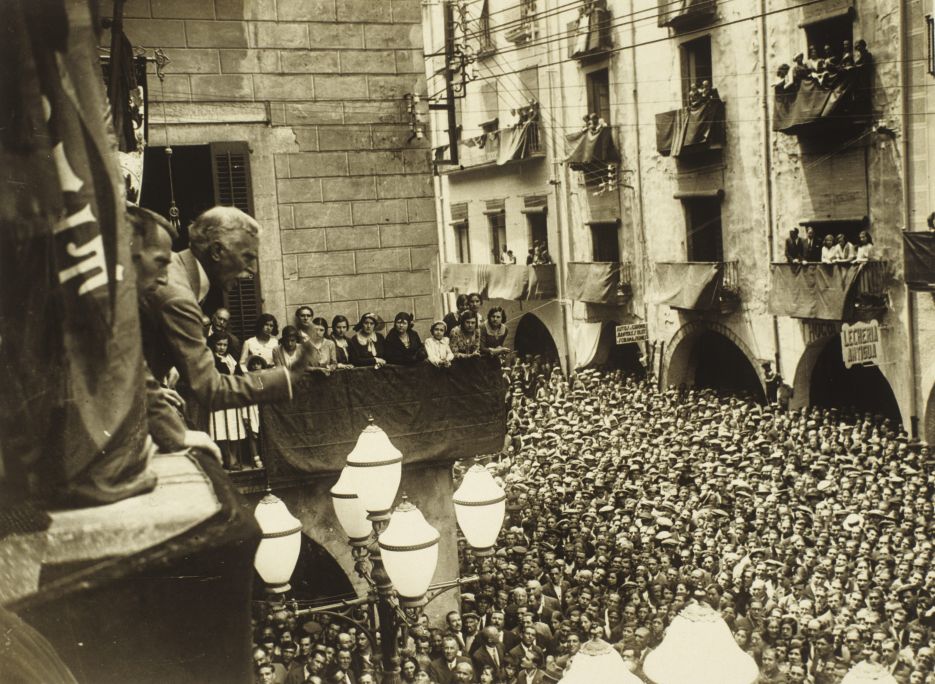 Photograph of Francesc Macià on the balcony of Girona City Council, 1931. Author unknown.

On 14 April 1931, the Second Republic of Spain was proclaimed; a few hours earlier, President Francesc Macià had proclaimed, from the balcony of the Generalitat Palace in Barcelona, the Republic of Catalonia within the Federation of Republican Spain. Macià arrived in Girona in June of that year, and thousands gathered in the town hall square to listen to his republican speech. Two years later, a woman from Girona, Aurora Bertrana Salazar, would be the first woman to be on the electoral lists of the Congress of Deputies, representing the party Esquerra Republicana de Catalunya (Republican Left of Catalonia). Three years later, in 1936, Antònia Adroher, a member of POUM (the Workers' Party of Marxist Unification), would be the first female councillor elected to Girona City Council.

12. The Catalan Republic. Francesc Macià on the balcony of Girona City Council