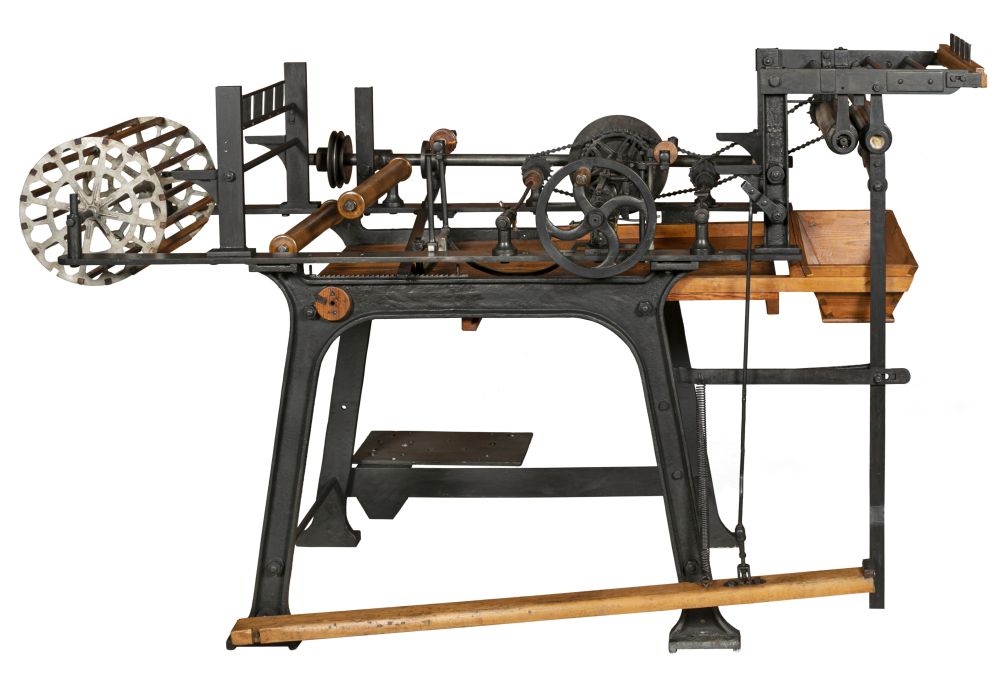 At the end of the 19th century, the city began to be an important force in the industrialisation of Catalonia. The Mercadal district was home to several factories, including the Grober, which contained machines such as this narrow-band warp, which produced highly specialised fabrics: cords, ribbons, elastics, sashes and braids, as well as buttons. It became an industrial complex with 1,500 workers coming in and out every day, 90% of whom were women. But there were also boys, girls, young people, men and whole families, who supported the strikes of 1899, 1911 and the 1920s to improve deplorable conditions: 10 hours of work at 4 pesetas a day for men, 2.75 for young people between 16 and 18 years old and for women, no fixed wage. The warpers, who were women, prepared the threads for the warp of the fabric: the weave of threads that are held taut on a loom and where another thread is inserted, the weft, which ends up crossing through and joining them all.