Preparatory work of The Great Day of Girona 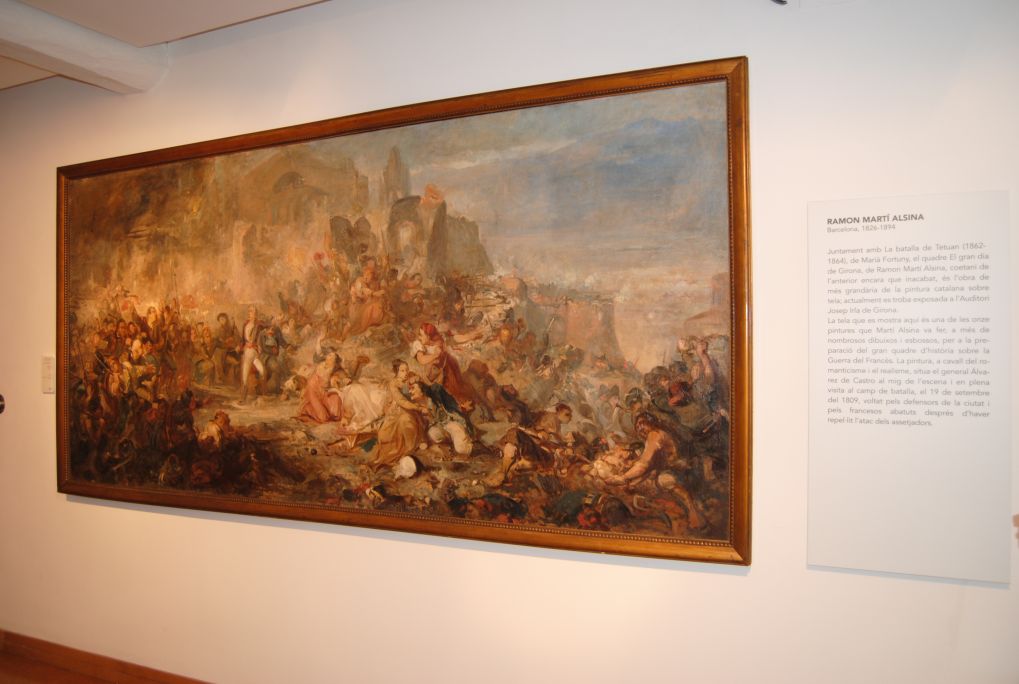 Sketch for The Great Day of Girona, Ramon Martí Alsina, c. 1862. Oil on canvas. On permanent loan from the MNAC. Photo by Elm Múrcia.

From the second half of the 17th century onwards, the city became a strategic stronghold, especially as a result of the periodic wars with France. In this context, note should be given to the action of a group of women formed in military battalions, who under the name of the Company of St. Barbara took care of the city besieged by the French army in 1809. We know their names and some fragments of their lives, and the Basilica of St. Felix is the location of a funerary monument erected in their honour. Ramon Martí Alsina portrayed them in his great work on Girona, “The Great Day of Girona”, of which a previous sketch is preserved in the History Museum. In the middle of the painting, you can see Les Bàrbares of Girona, distinguished by their red kerchief tied around their arm.