Drawings by boys and girls from the Karl Marx School 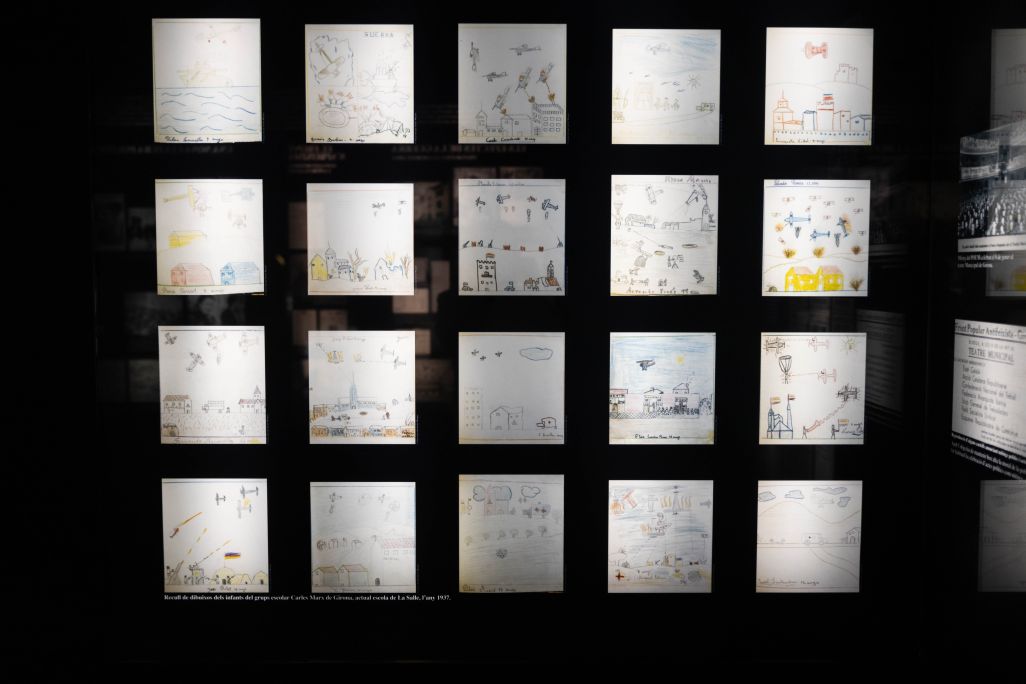 Drawings by boys and girls from the Karl Marx School in Girona, 1937. Photo by Elm Múrcia.

The coup d'état of 18 July 1936 would lead to the bloody Spanish Civil War. In Girona, the bombs of the fascist armies would destroy buildings, monuments and lives. People took refuge in the anti-aircraft shelters that, like the one in this kindergarten, had opened in different parts of the city. In 1937, the students of the Karl Marx Public School drew pictures of the scenes and sensations they had experienced under the bombs. The Museum collects and exhibits these drawings in the spaces it also dedicates to portraying the grim sadness brought on by the effects and consequences of the war in the city: the long dark years of Franco's dictatorship.

13. Drawings by children from the Karl Marx School