The printing press in Girona 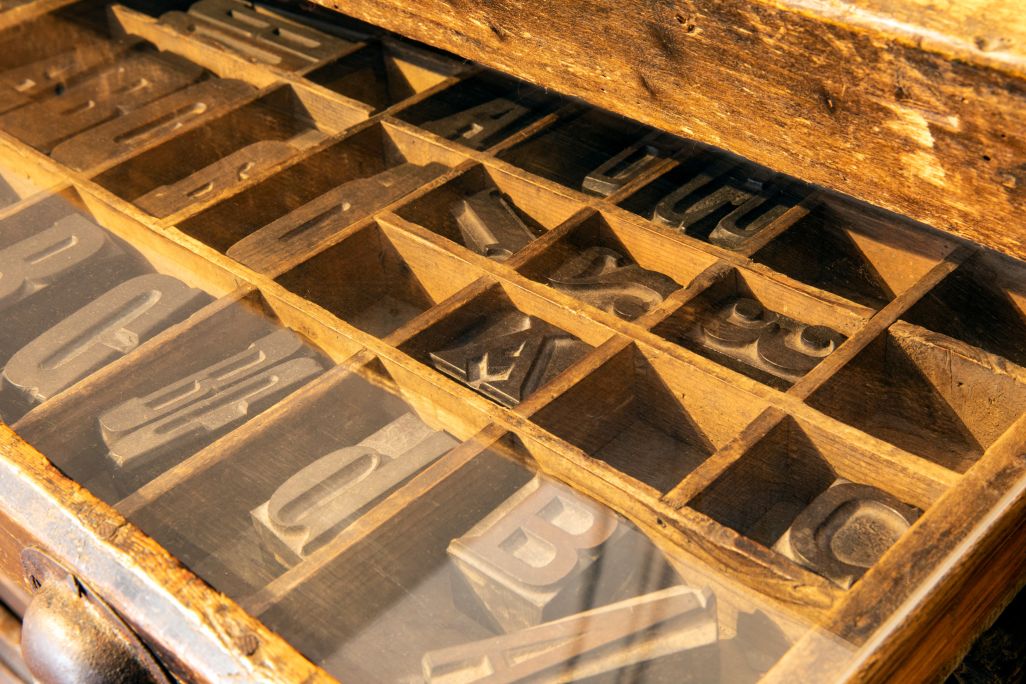 From the end of the 15th century until today, thousands of books, brochures, pamphlets, prints, prayers, goigs (religious poems) all kinds of official documents, forensic reports, and the press, have been printed in the city of Girona. Most were family businesses that passed down from parents to children, and many were run by women, such as Maria Bro, Maria Figaró or the Widow Llach. In the 19th and 20th centuries, the city's printing presses experienced a moment of particular splendour. There were many, among whom we could highlight the Masó family, who lived on the ground floor of the manor house, on Les Ballesteries street. This is the origin of this drawer cabinet used to store the type blocks, the pieces of wood with embossed letters used to form the words that were to be printed.