The Gi in Girona 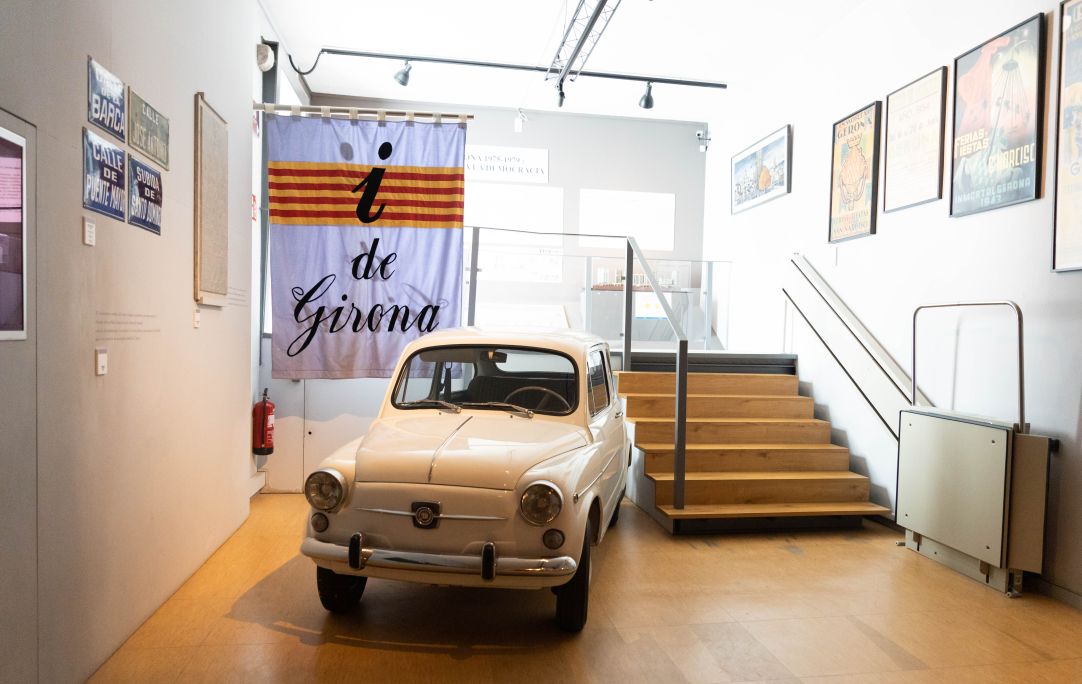 The nineteen-sixties and Gi in Girona. Photo by Elm Múrcia.

Throughout the 1970s, with the death throes of the dictatorship, different cultural, artistic, and political groups fought to promote change and turn Girona into a democratic and culturally advanced city. The demand for the Catalan language and the political and social struggle across the board soon took root in Girona. The Gi in Girona, which was to replace the Ge in Gerona, is a very graphic example. In the same sense, the slogan Girona m’enamora (Girona enamours me) was the one that launched the city into the modernity of the 80s.