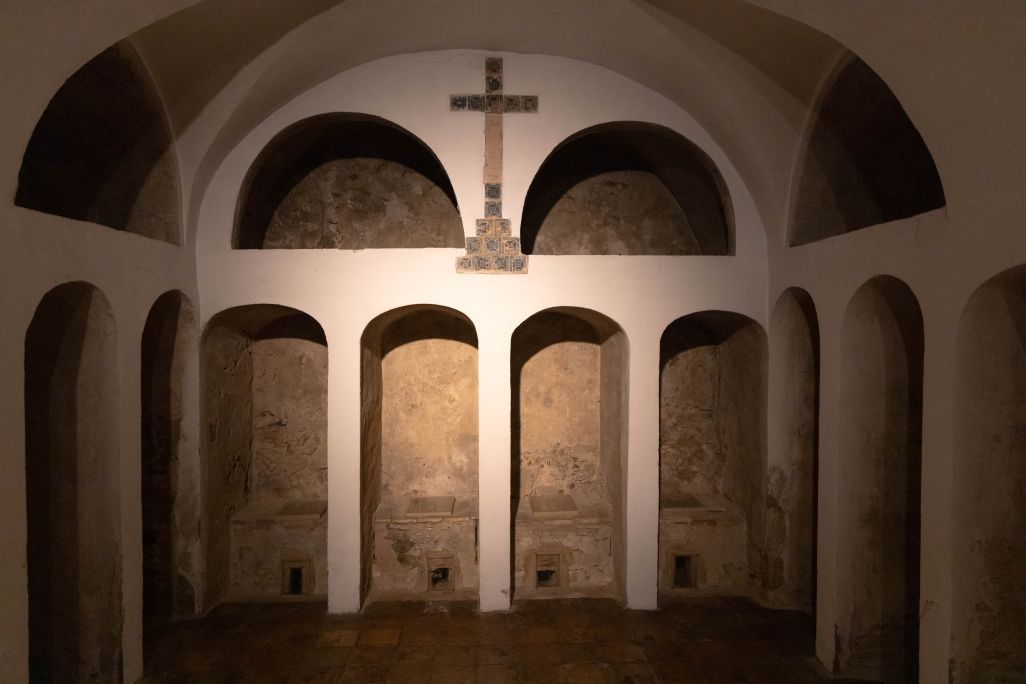 The cemetery or desiccator of the old Saint Anthony convent of Capuchin friars, 18th century. Photo by Elm Múrcia.

In 1733, the Cartellà family, who since the 15th century had resided in the Gothic mansion where the Museum now stands, sold it to the Capuchin friars who began the construction of a convent of the Order of Saint Anthony of Padua in 1762. The building’s most emblematic and noteworthy spaces date from this period, such as this cemetery/desiccator, which conveys the fascinating perception of death in the Baroque period. It is the only such example preserved in its entirety in Catalonia. Located in the former basement, it is bordered by eighteen vertical niches, with perforated benches where the deceased monks were propped up in a seated position until their corpses had completely dried out. Two years later, the extracted mummies were dressed in religious garb and displayed for contemplation, with the aim of inducing reflection on the transience of life and the immediacy and relentlessness of death.

01. An iconic building. The mummification chamber