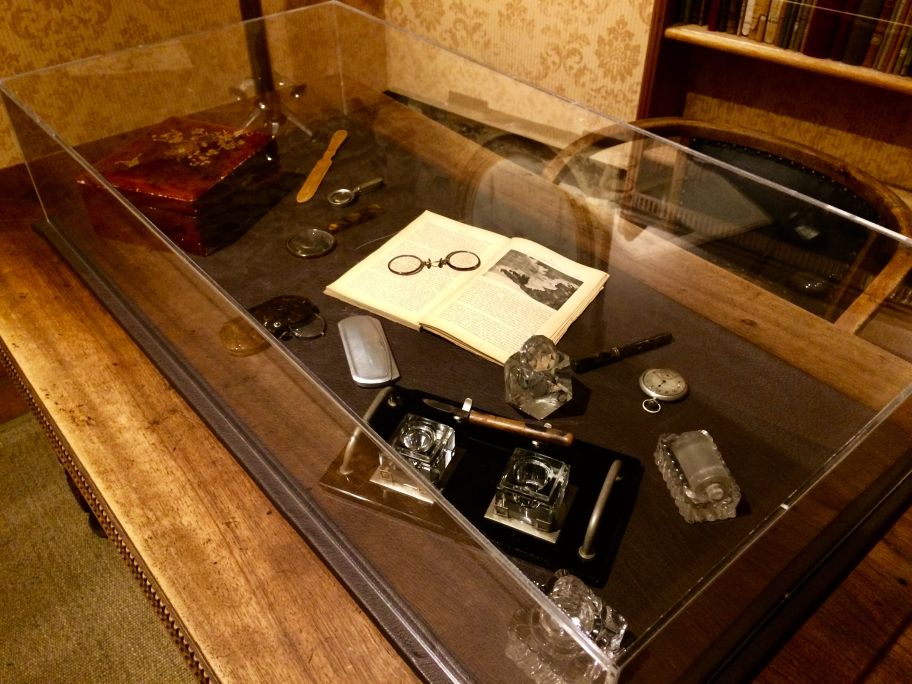 Carles Rahola Llorens (1881-1939), writer and journalist, was the author of several historical works, especially on Girona. He never joined any party, but he is politically identified with republican, leftist and Catalanist ideals. Shortly after the entry of fascist troops into Girona, he was arrested and shot on 15 March 1939 in the cemetery of Girona. In 2016, his grandchildren donated the furniture of his study to the city, which today the Museum displays as a testament to the work and intellectual efforts of this good, honest and cultured man. The texts written here were a cry of protest and struggle, but also of hope against barbarism, ignorance and intolerance. This emblematic collection allows us to relive a historical period in the city and indeed the world, a display of that sad time in which horror and violence descended upon Girona, but also that time before, one full of culture, civility and humanity that today is one of the most brilliant legacies in our history.