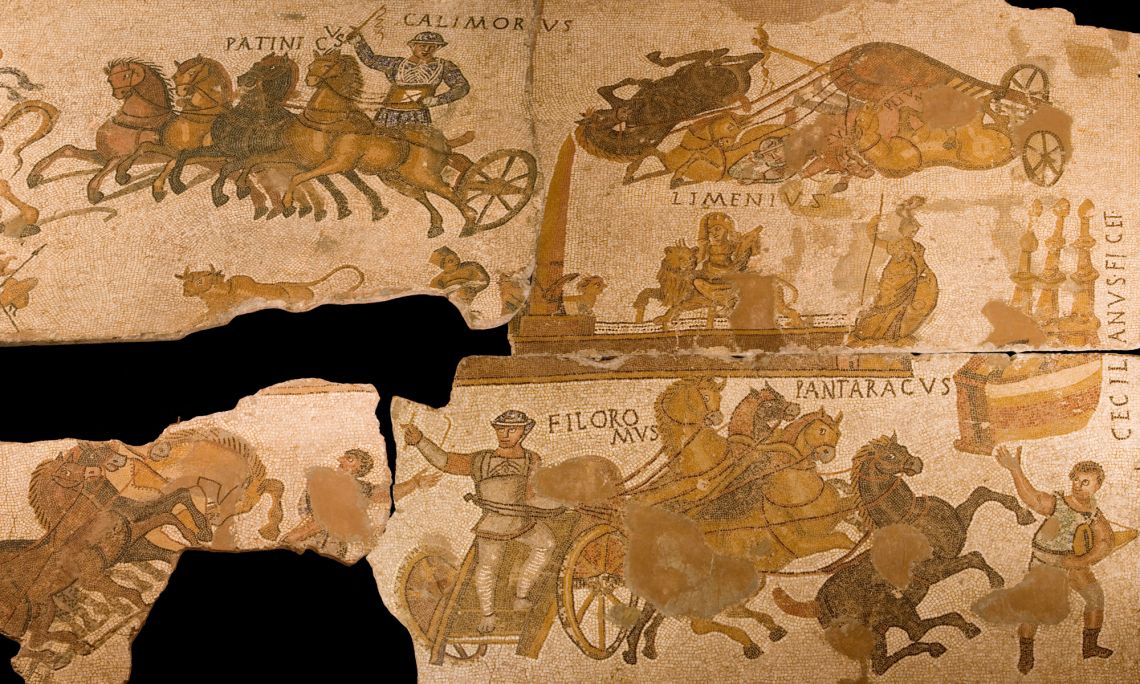 Gerunda was founded by the Romans in the early 1st century BC. The Roman city came to have about two thousand inhabitants, who lived in a regular urban layout of criss-crossing streets. The town centre was the administrative, economic, religious, and social focal point of a vast, complex territory. The suburbium was the ring of about five kilometres in radius, with large, distinguished villas, which were often more of a large town house than an agricultural estate. This spectacular mosaic, depicting a quadriga race at the Circus of Rome, was the floor of the main hall of a walled villa, probably inhabited by a family of high economic and social standing.

05. Roman city of Gerunda. The Can Pau Birol mosaic