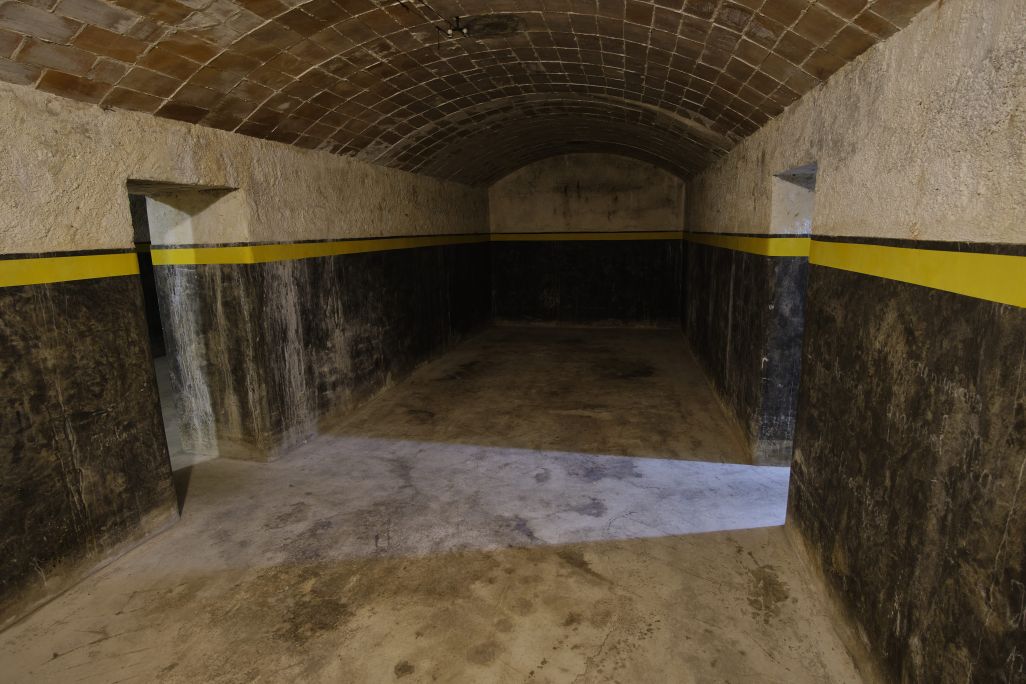 Air-raid shelter built in 1938 with capacity for 600 people. It was equipped with electricity. Photo by Jordi Grasiot.

This shelter, made up of several sections, was built in 1938, during the Civil War (1936-1939), as a response to the air raids which, for the first timen in the history, were being carried out systematically against the civilian population un non-combat zones. Built with reinforced concrete and originally covered with a mound of earth over two meters high, the shelter was made to withstand the direct impact of a bomb weighing up to one hundred kilograms. It has two entrances, connected by a corridor, and a surface area of 548.67 m2, of which 357.86 m2 were used to give protection to up to seven hundred people. This was the only bomb shelter in the city that had electricity.