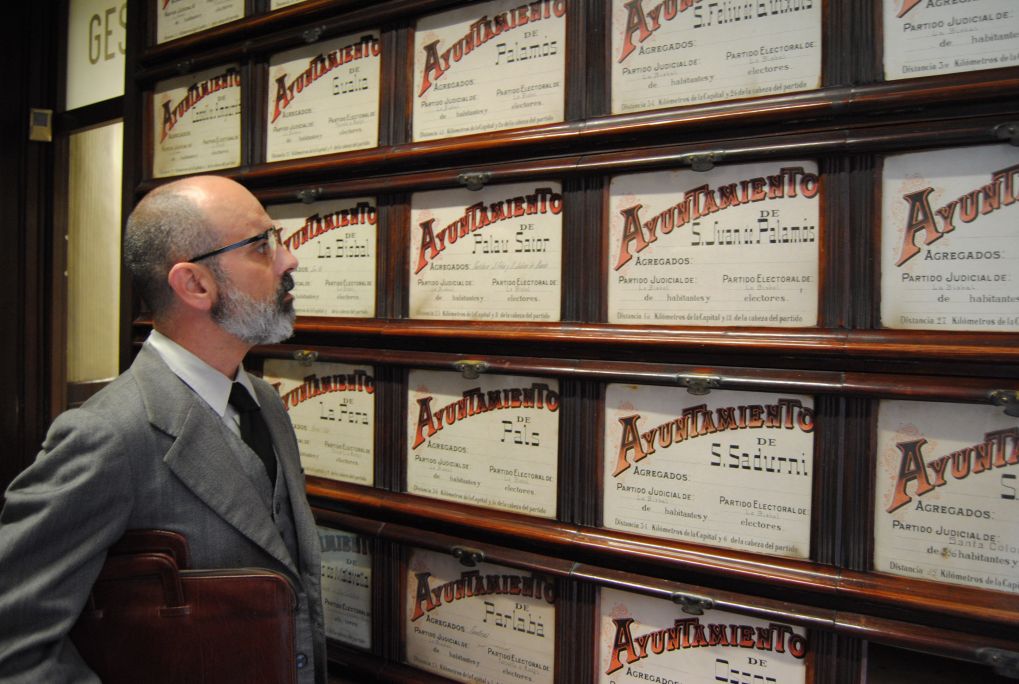 This modernista establishment had accommodated three different dependencies: the nptarial archive, a bank office and the Notaria Saguer

In 1966, after many years operating as the Agència Gómez, it became the head office of the Agència Muñoz and remained as such until 2013. That year the owner, Antoni Muñoz Delgado, made a donation to the City Hall of the furniture and different modernista elements from the interior. Since early 2014, the space has housed dependencies of the Municipal Education Service.

Outstanding features of the building, which is medieval in origin and underwent a magnificane remodelling operation in 1909, are the screen-printed sign against a rough background and the varnished wood walls with hydrochloric-acid engraved glass. The entire building is markedly modernista in style and both the present-day furniture and the façade date from that period.

Prominent items of furniture include an interesting counter of wood and glass and the rows of drawers and shelves that clad the walls. These drawers served to file documents from the municipal councils in the province, which is why they have the names of these towns engraved on the glass front.

The building is catalogued in the special heritage protection plan of the city of Girona.

Open to the public on open days and by arrangement