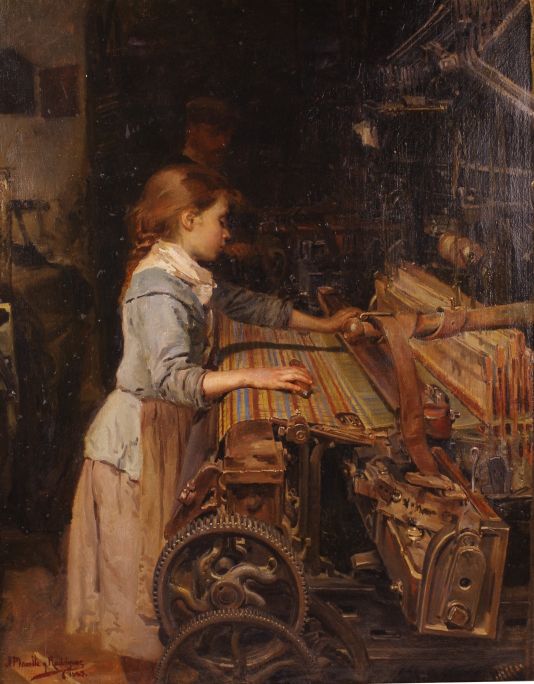 The worker girl, by Joan Planella i Rodríguez, 1889, oil on canvas. MHC. Generalitat de Catalunya. Museum of the History of Catalonia. Photo by Mariona Carcereny.

The worker girl is a representative of 19th century art which is categorised as social realism. The painting is a detailed study of a girl working on a loom, and is an image of female employment in the textile industry, which was a dominant sector in the early industrialization of Catalonia. This is the second version of the work on the same subject painted by Joan Planella, winning third prize in the National Exhibition of the Fine Arts in 1884, and was later presented at the Universal Exhibition of Barcelona in 1888 to great acclaim.