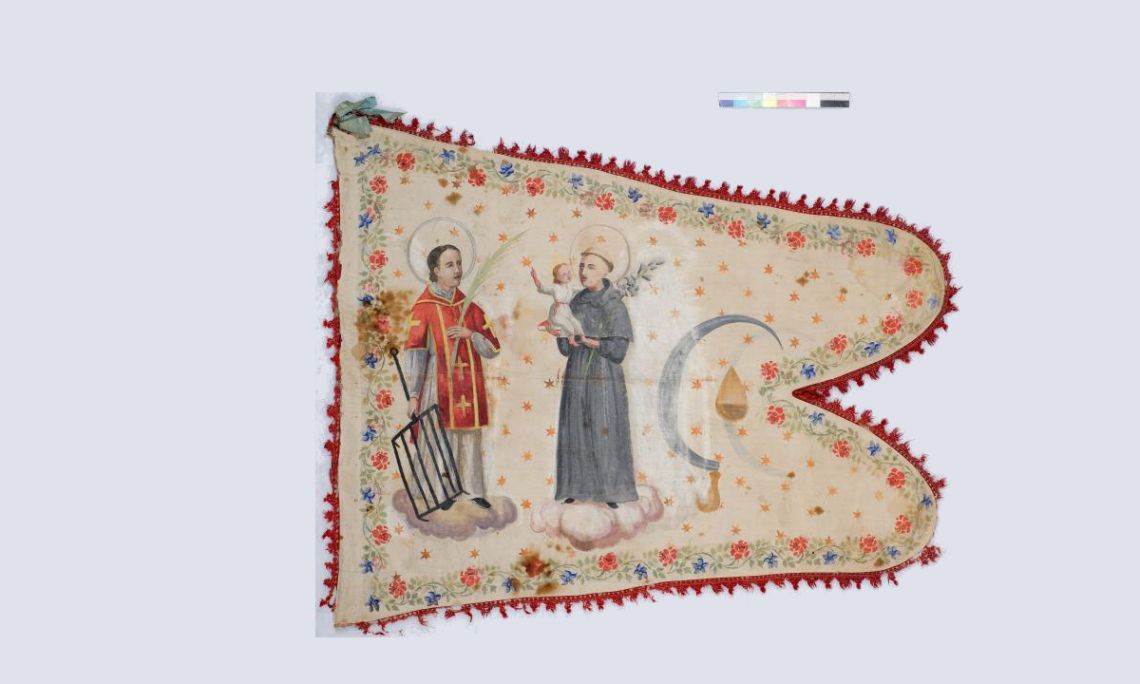 This banner comes from a rural parish, as can be seen by the presence of agricultural tools depicted on both sides, such as the volant and esclopet, tools used in harvest. The religious figures represented on it are Our Lady of the Rosary and saint Peter on one side, and saint Anthony of Padua and saint Lawrence on the other. Oral tradition relates that the banner was used as the ensign of a volunteer militia group who went to the defence of Barcelona when it was besieged by the Bourbon troops in 1714. In the War of Succession, most of the forces who fought on the side of the Austrias were not professional soldiers.