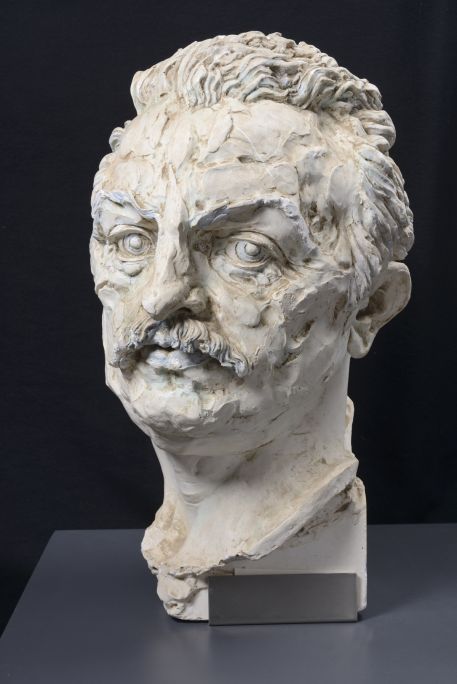 Portrait of Enric Prat de la Riba, President of the Mancomunitat of Catalonia (1914-1917), is a sculpture by the artist Ismael Smith in 1917, the year of the statesman's death. This work was lost for many years, like much of Smith’s production. It was probably of the many in his workshop on the street Carrer del Call in Barcelona, and was lost during the Civil War. This portrait highlights Smith’s skill and talent at sculpture.

It is at once a historic and artistic artefact, made of plaster, with remains of its original green and blue paint. This large scale work, which is among the more expressionist creations of the artist, is not the only one he made. There are two more similar portraits known, one of them of the politician Francesc Cambó and another of the musician Enric Granados.