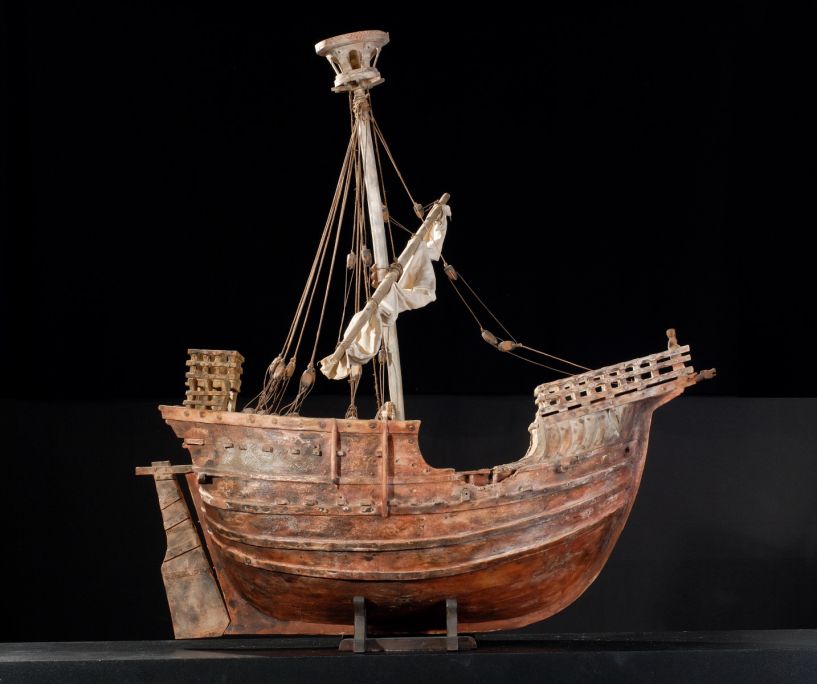 The Coca de Mataró. Museum of the History of Catalonia. Photo by Pep Parer.

The model ship known as the Coca de Mataró is a fishermen's ex-voto dating from the 15th century that was found in a hermitage in the Maresme area and is currently in the Prins Hendrik Museum of Rotterdam. It is a scale model of a real ship and the only reliable three-dimensional representation of a merchant ship from the second half of the 15th century.

Several features lead us to believe it could have been between 16 and 22 metres long and had a loading capacity of between 50 and 150 tons. Its rounded forms and wide bottom mean that it was a very stable ship designed for slow voyages.