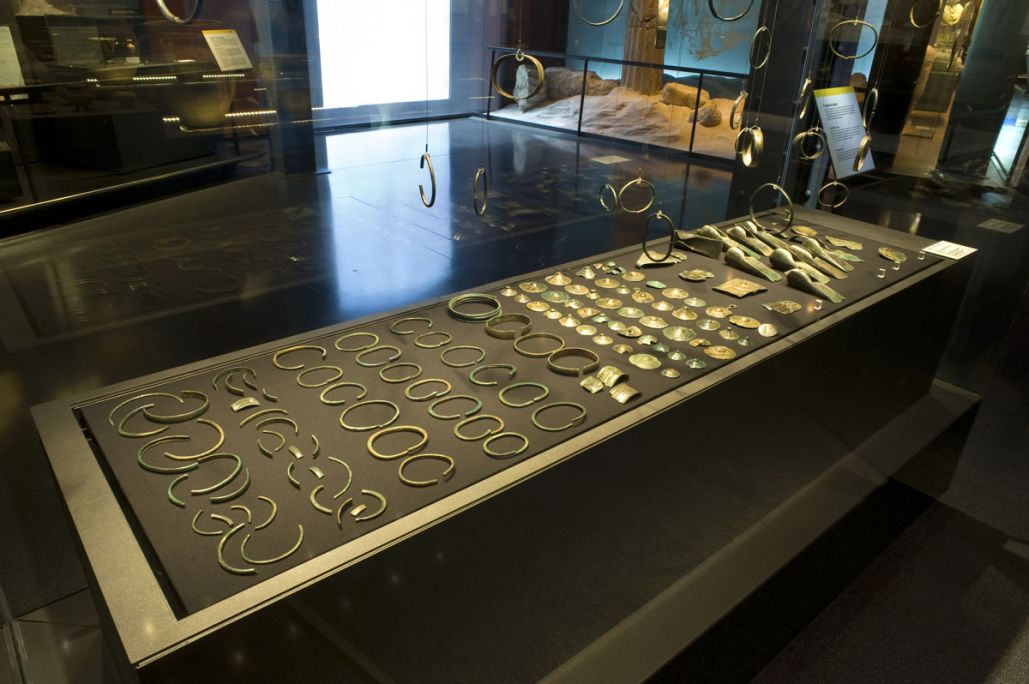 The Llavorsí trove. Museum of the History of Catalonia. Photo by Pep Parer.

A trove of 148 bronze pieces was found in 1985 on the outskirts of Llavorsí. It was made up of ornamental items (bracelets, buttons, belt buckles), axes, weapons (pieces of swords and a greave, protection for the ankle), a part of a horse’s saddle, flattened with a ring.

The hoard had been deliberately hidden among some rocks. Bronze was a rare and valuable material which could be continuously reused; this leads to the conjecture that this little treasure trove was stowed away at the end of the 8th or early 7th century BC to be recovered later.