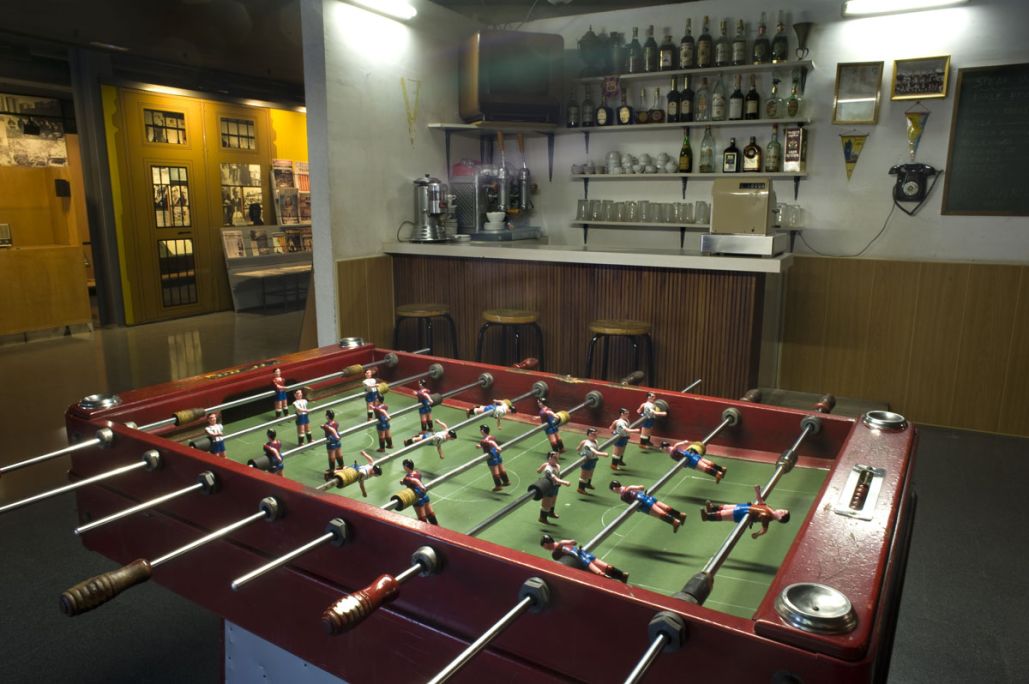 Table football game. Museum of the History of Catalonia. Photo by Pep Parer.