Mock-up of the Monument to the Heroes, Julio Antonio 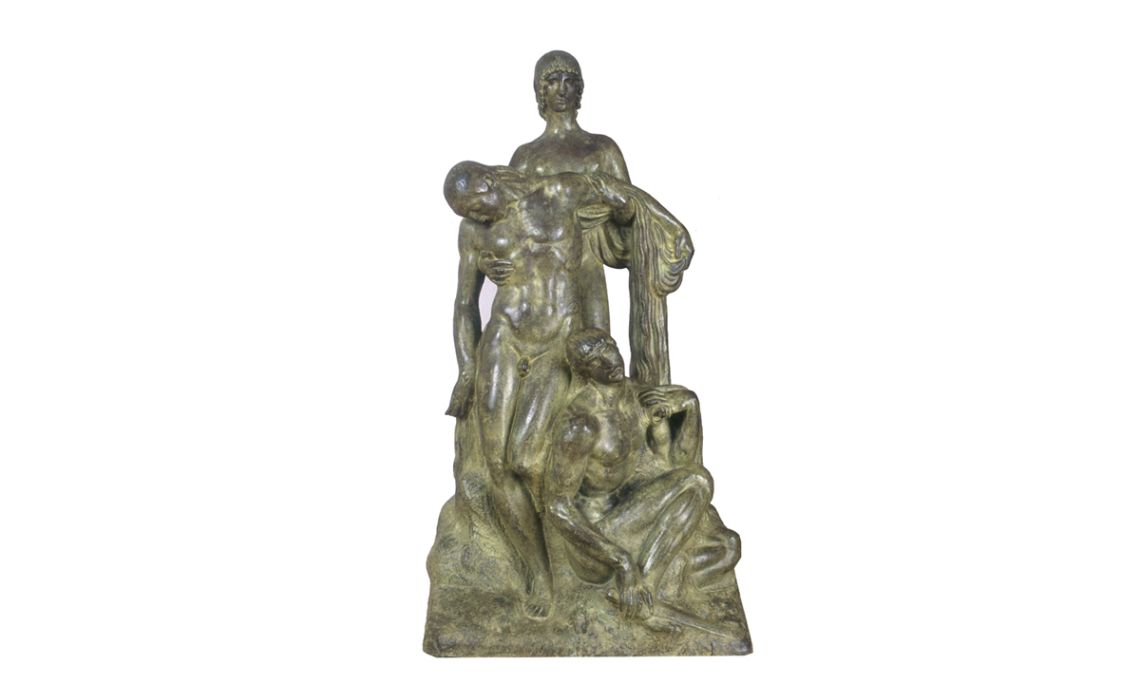 Mock-up of the Monument to the Heroes of 1811, Julio Antonio, 1916. Provincial Government of Tarragona Modern Art Museum.

On 24 December 1909 Tarragona City Council passed a resolution to erect a monument on the Rambla Nova in memory of the defenders of the city in the siege of 1811 during the Peninsular War. Julio Antonio was awarded the project and he made a mock-up that was designed to highlight the heroism in the bodies of the protagonists, renouncing any superfluous elements and returning to the most classical, Mediterranean spirit of the Noucentista works.