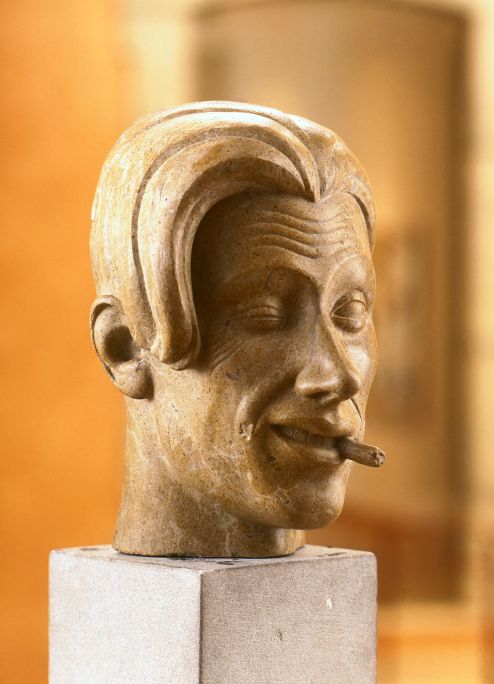 This self-portrait of Salvador Martorell shows us his most characteristic gesture. Through the simplification of the forms, he portrays himself with a cigarette in his mouth, his brow furrowed, his eyes half closed due to the cigarette smoke and his mouth half-open. His parted hair falls over his face until it reaches the lines that form below his half-closed eye. The emphatic features of the face contrast with the rear of the sculpture, a surface of unpolished stone.