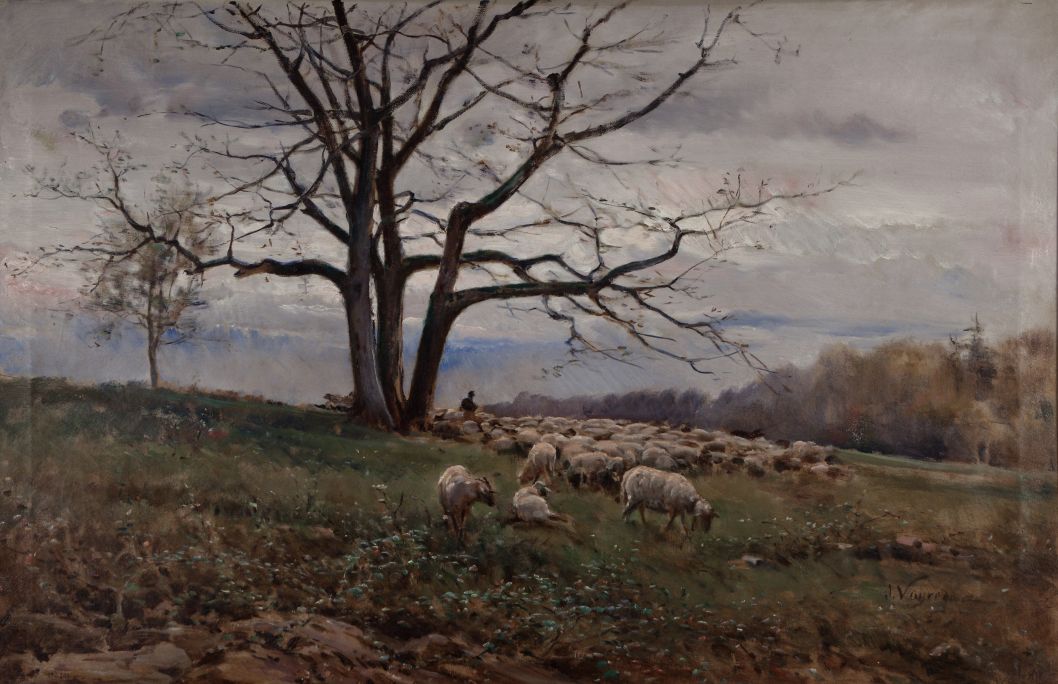 Trained at the Escola de Belles Arts d’Olot, Vayreda went on to study in Barcelona, with Martí Alsina, and in Paris, where he discovered the work of Corot and the Barbizon School, which inspired the vaguely impressionist style ofhis paintings.

He went on to found the Olot School, the first nucleus of 19th-century Catalan art to exist outside Barcelona.

This landscape reflects the serenity of the Garrotxa region in its balance between blues and greens and heralds the new strands of renovation in art. The timidly impressionist style that impregnates Vayreda’s oeuvre overcame his academic training and opened new paths.