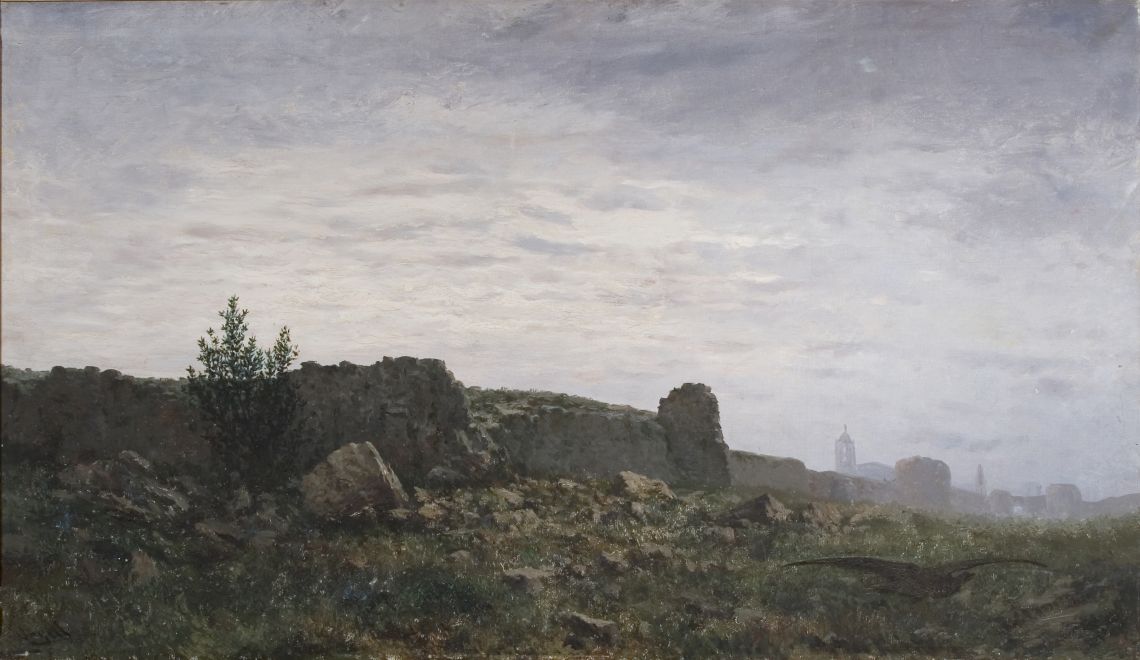 A pupil of Ramon Martí Alsina, Modest Urgell studied under Gustave Courbet in Paris. His work, however, is far removed from Realism and, within academicist canons, announces Symbolism.

This allegorical painting, on the siege of Girona by Napoleon’s troops, shows the deserted city walls of Girona and the skyline of the defeated city in the evening light.

The flight of an eagle evokes the imperial figure of Napoleon. At the foot of the wall, symbolising the fall of the city, a clump of laurels grows as a token of Girona’s moral victory.