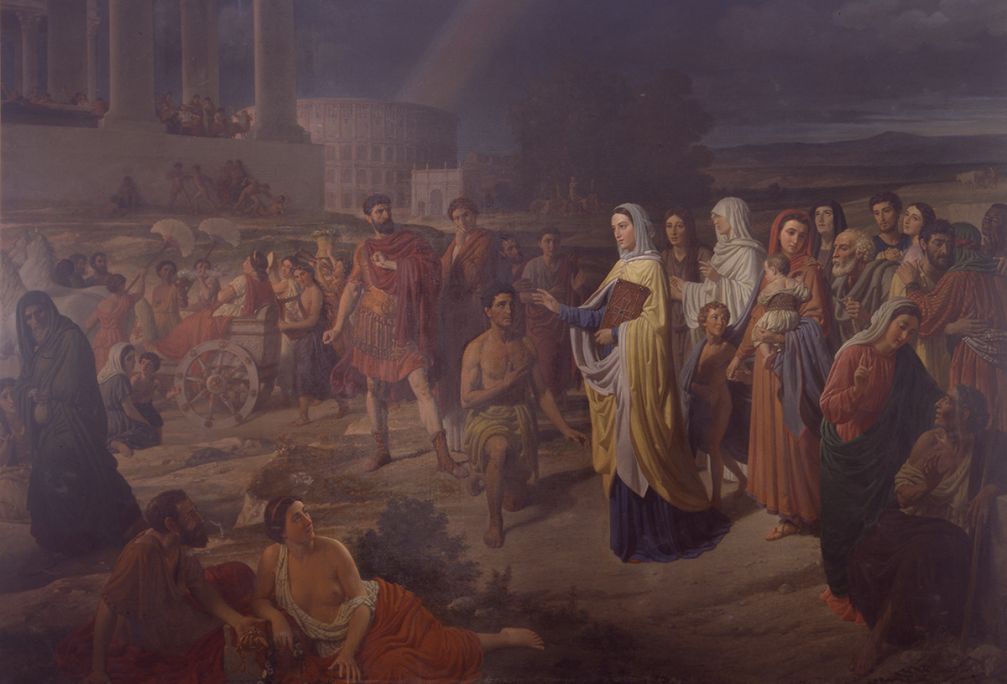 This large painting is an allegorical work that represents the triumph of the Christian religion over paganism. A group of Christians, led by the female embodiment of the Christian Era, advances from the right, brightly illuminated. She is accompanied by the three theological virtues (faith, hope and charity) followed by the early Christians. The depictions of the seven deadly sins complete the allegory, which has pagan Rome as its background. From the Colosseum, the scene of martyrdom, a rainbow is born that heralds a new era. This work and its author, Joaquim Espalter, are one of the best examples of the Nazarene movement in Catalonia, which sought to renew religious art with a new pictorial language.

The painting participated in the National Exhibition of Fine Arts in Madrid in 1871 and was acquired by the State in 1874. Two years later, in 1876, the Prado Museum deposited it in the provincial museum of Girona together with eleven other works by contemporary authors, most of them Catalan.