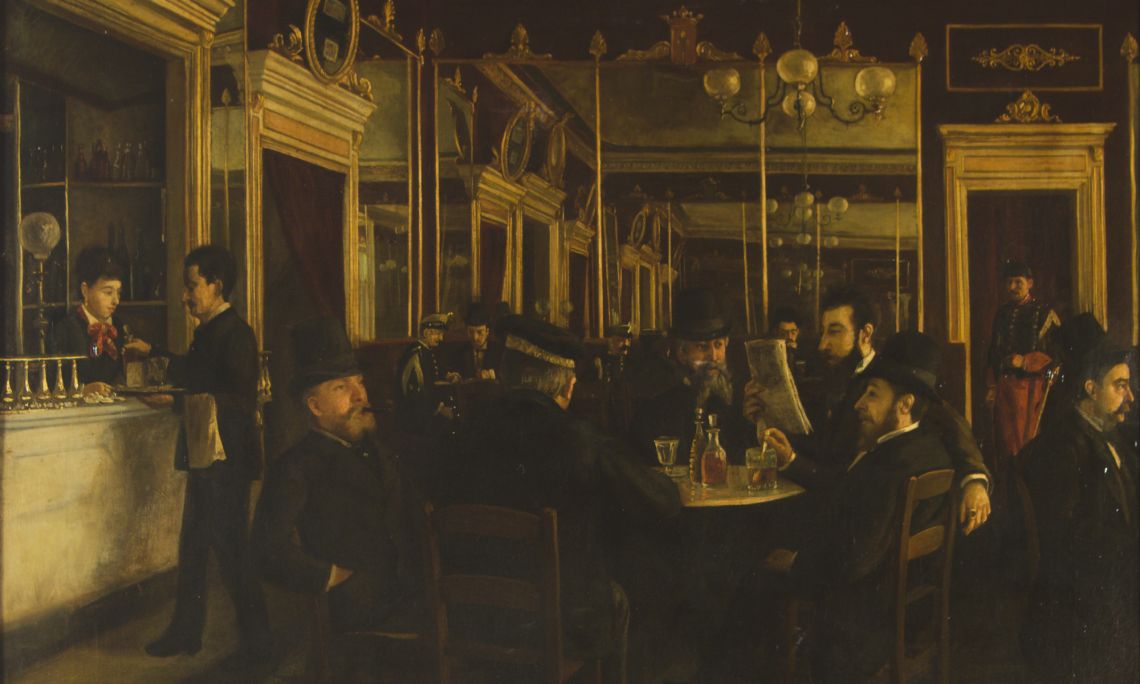 The Vila café, founded in 1875, became a meeting place for intellectuals in Girona from the late 19th century to the early 20th century. Located in Plaça del Vi, in the heart of the city, the café became a meeting place to discuss the concerns that emerged at the turn of the century. The café no longer remains, but we know what it used to look like thanks to old photographs and paintings by Pons Martí, who made paintings at the time to reflect the atmosphere of the place.