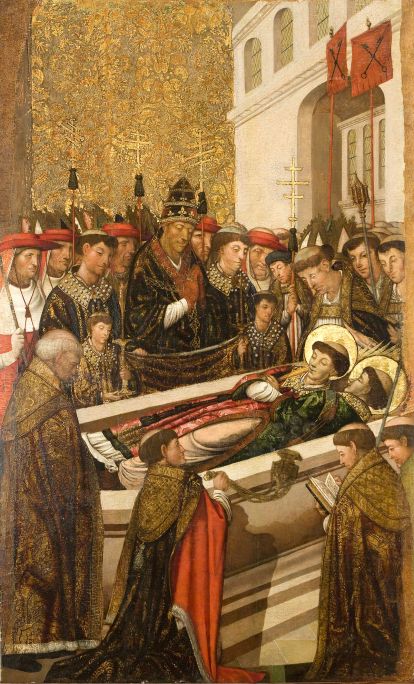 The work has been attributed to Pere or Perot Gascó from Vigo, who for decades ran a prestigious workshop inherited from his father. Gascó was heavily influenced by Flemish artists, although he introduced Renaissance-style Italianisms, mainly thanks to the copying of prints and engravings by Scandinavian and Italian masters which circulated in Catalonia at the time.