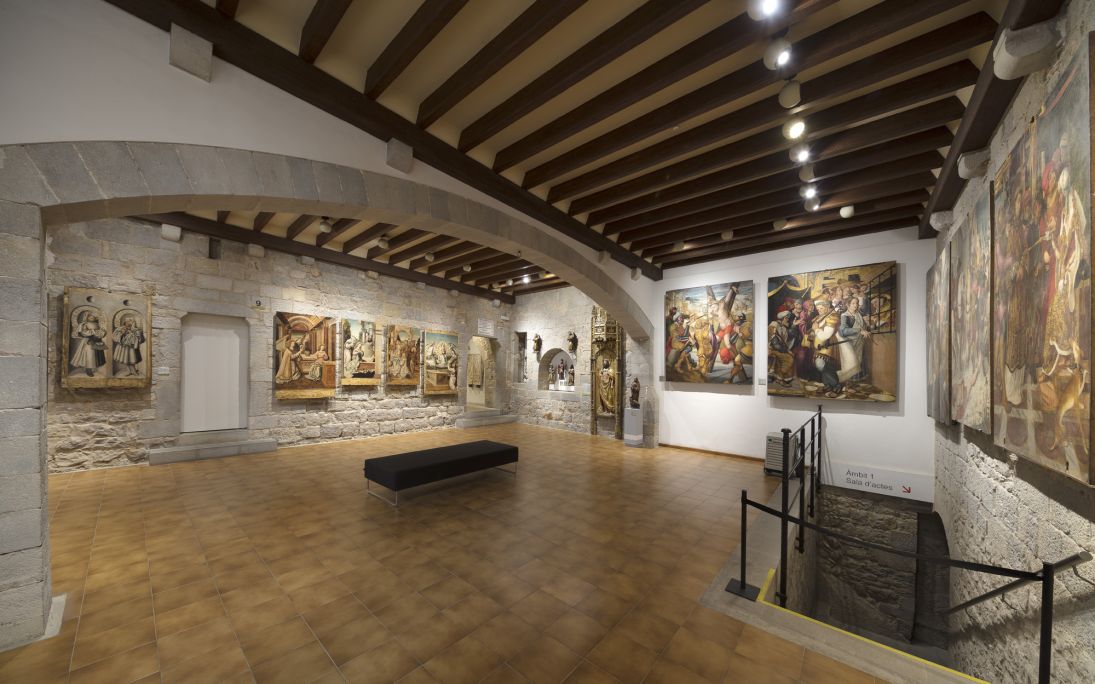 16th century Girona art is mainly represented by foreign artists who incorporated features from the Renaissance in a Flemish Gothic style. A clear example is the "Sant Feliu de Girona altarpiece", which was started in 1504 and completed in 1520. Artists such as Perris de Fontaines (France) and Juan de Borgoña (Germany) contributed, and they brought with them new painting styles, derived from the most advanced trends of the time. Prints and engravings helped spread into new styles of painting, which in turn had an impact on Catalan painting. Under the influence of these new ways of painting, Pere Mates formed his own style, becoming one of the most important native painters from Girona, with several of his altarpieces on display. 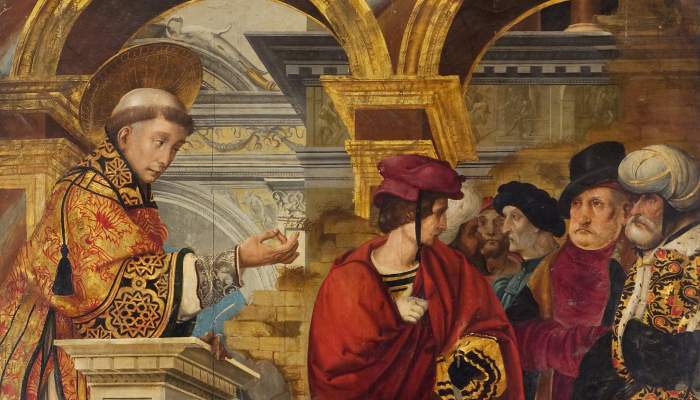 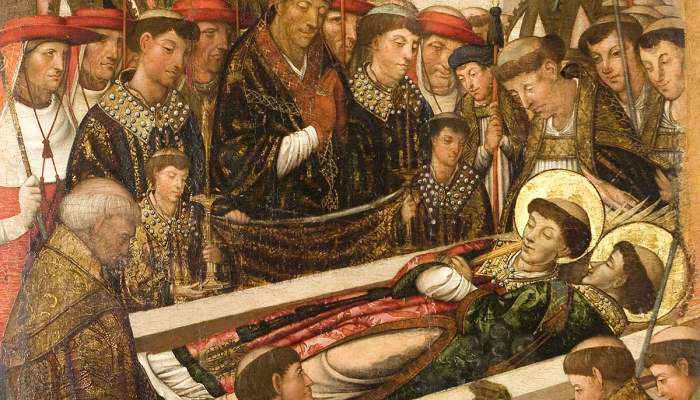 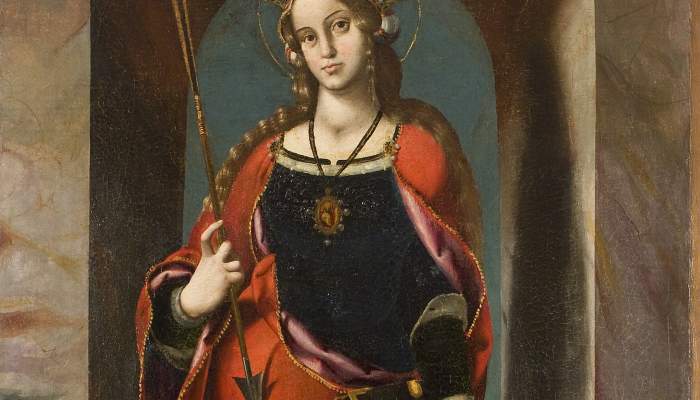 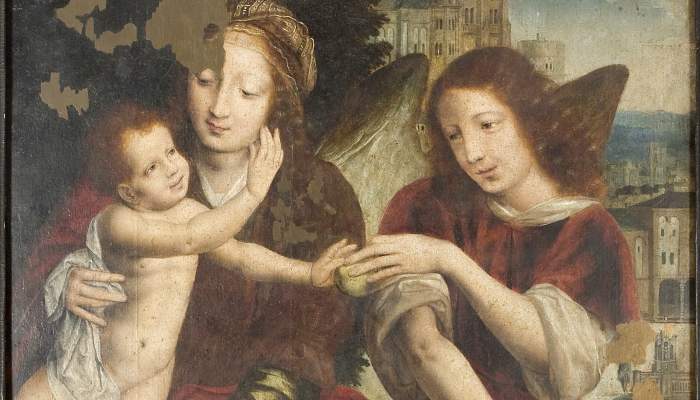 Virgin Mary with Child and an

Virgin Mary with Child and an Angel 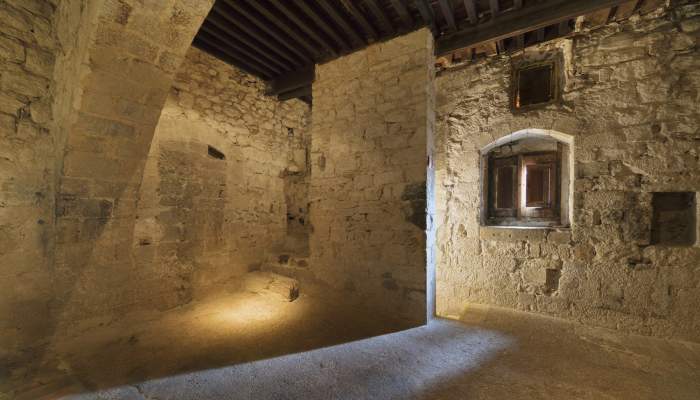 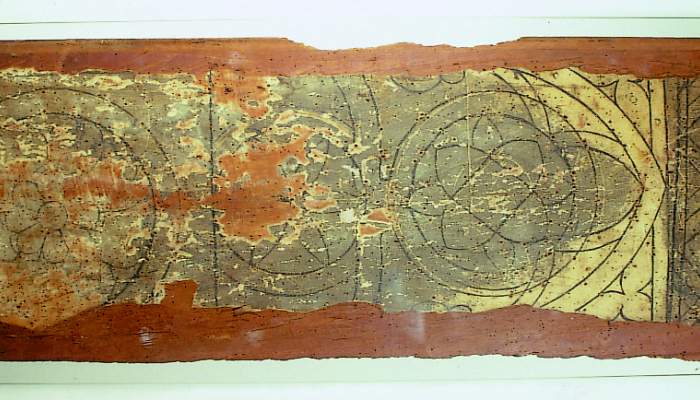 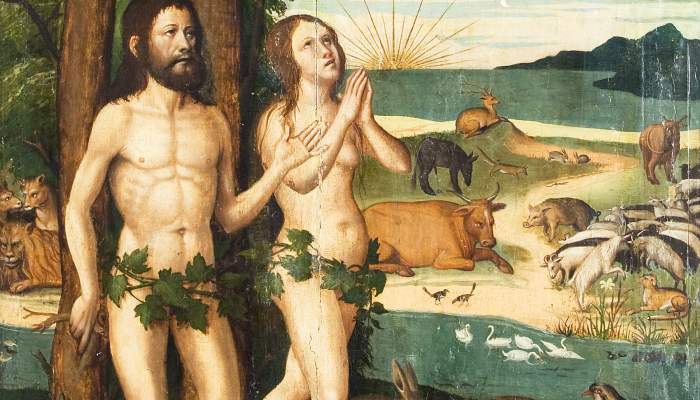