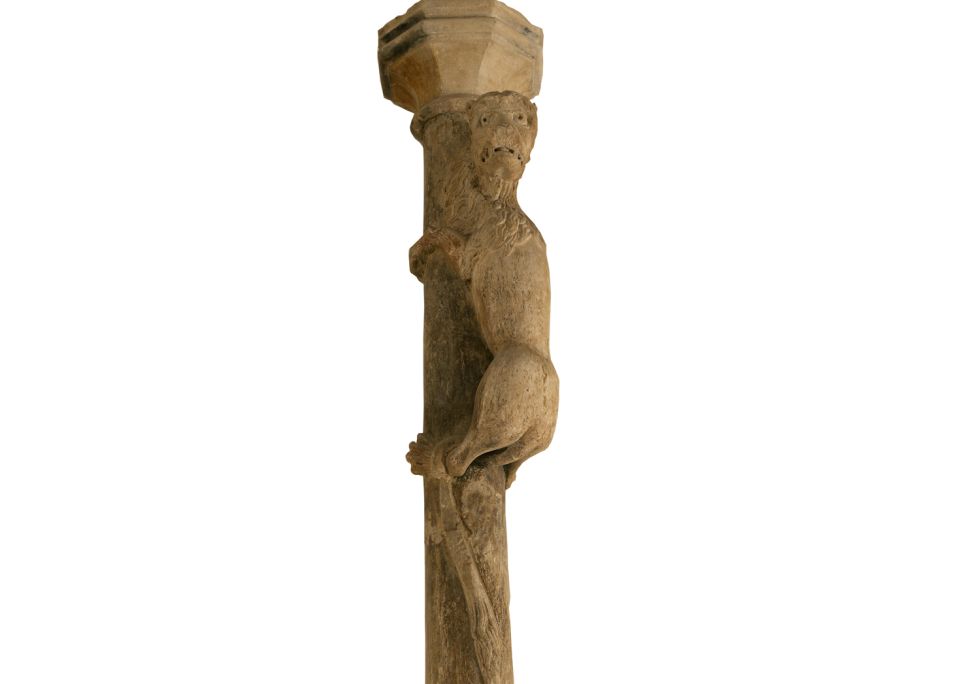 This sculpture was found adjoining a former old hostel on Carrer dels Calderers, the way into the city for travellers from France. For many years, foreigners entering the city were warned: ‘Nobody can claim to be a citizen of Girona without kissing the lioness’s backside’. Hence the fact that from the 1980s onwards this became a habitual gesture on the part of visitors to the city.

A copy was made in 1986and placed in front of the Church of Sant Feliu, while the one that stands there now dates from 1995.