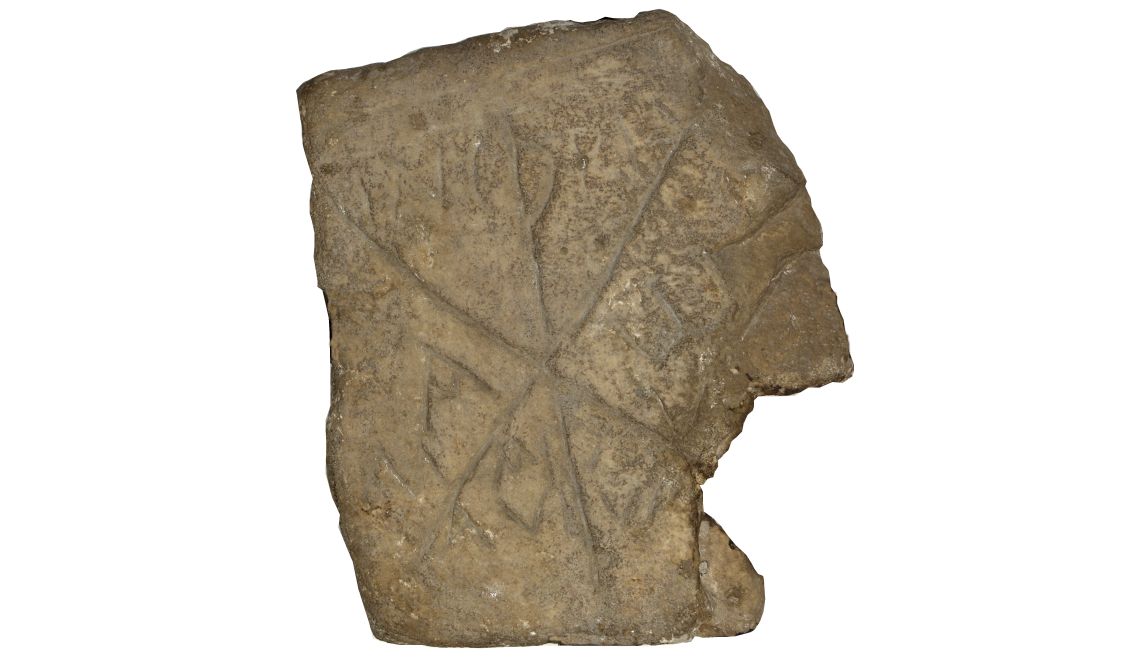 This fragment of a headstone was found in the ruins of Empuries (Alt Empordà).

Empuries was the first port on the Catalan coast where Greek settlers disembarked (600 BC), while the Romans did the same four centuries later.

This stone is an example of the art of the first centuries of Christianity. The stone bears the inscription ’In Xto. Maxime ave vale’. Maximus is the name of the deceased and ’ave vale’ is a salutation. The inscription ‘in Xto’ (’In Christ’) is evidence of the Christian nature of the grave, one of the earliest in Empúries. The name of Christ is accompanied by the letters alpha and omega.