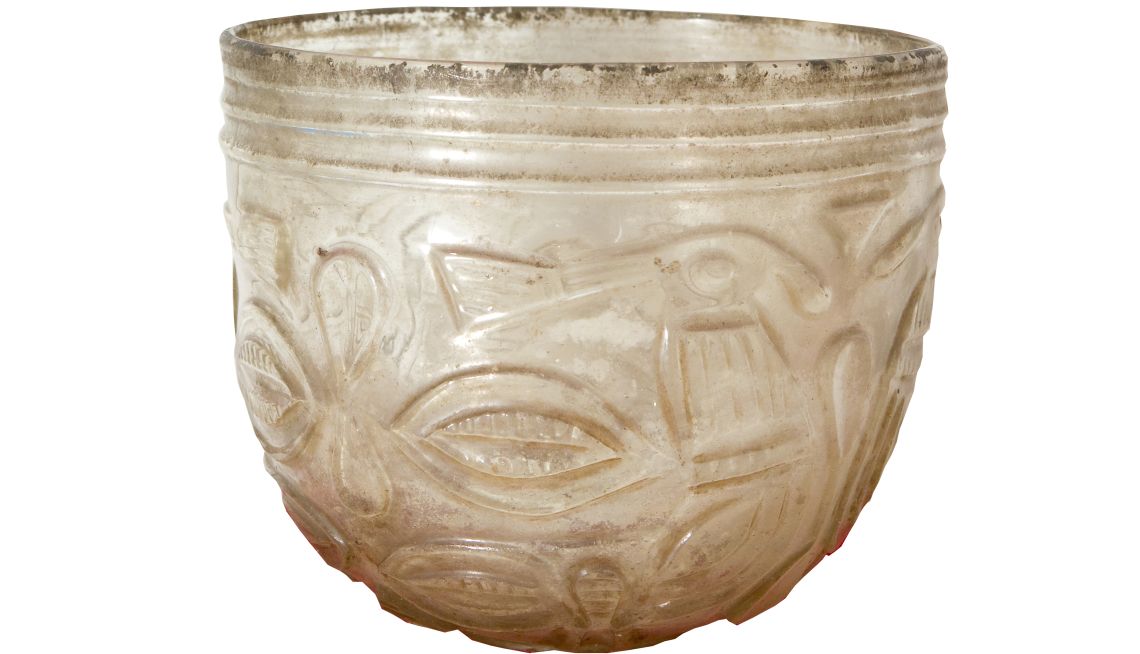 Dated back to the 10th century, this bowl, which contained gold coins, was discovered in 1936 by Joan Subias in the apse of the Church of Sant Vicenç in Besalu, together with other reliquaries. It is particularly remarkable for its state of preservation, the technique used to make it and the images on it. Cut in rock crystal, it is decorated with a relief of two highly stylised birds, facing each other and flanked by geometric motifs.

A recent study contends that the bowl originated in Al-Andalús or the Maghreb, and rejects previous claims that it was from Asia Minor, Egypt or Iran.