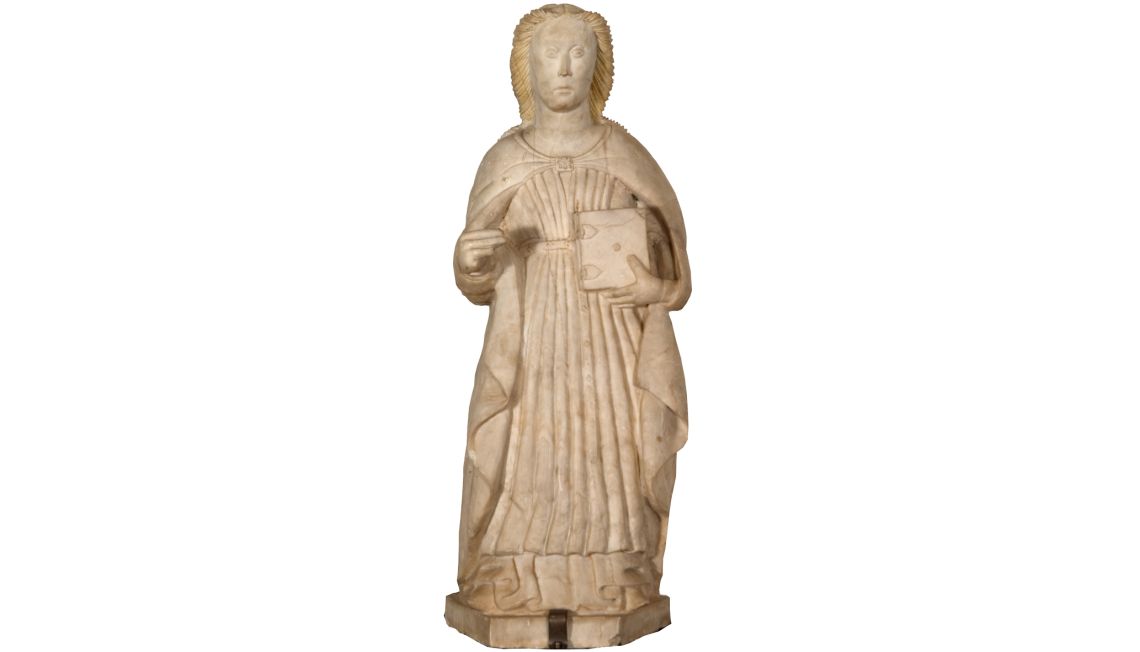 This image was discovered in 1820 in La Garrotxa, the most active volcanic area on the Iberian peninsula. Three centuries earlier, therefore, a chapel presided over by this image would have been built in the crater of a volcano. To reach the church, one had to climb to the crest of the volcano and descend into the crater.

The father of Santa Margarida was a Moorish king, who fell in love with her. To force her to accept him, he deprived her of water. The girl died of thirst and was transported to heaven by angels. The repentant king converted to Christianity.