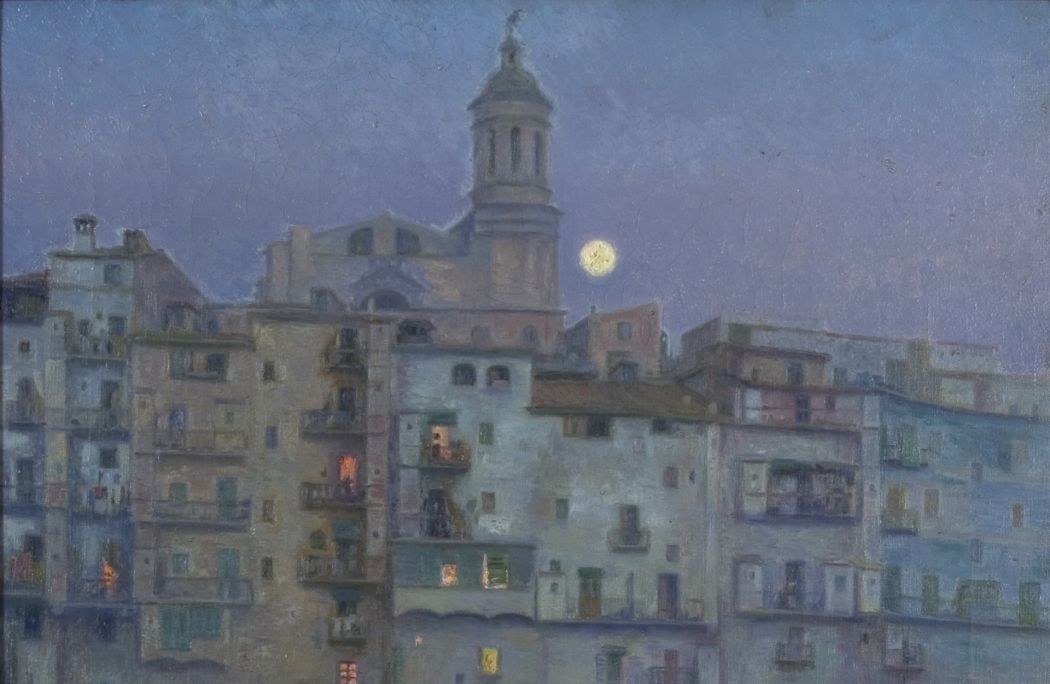 The painter and writer Prudenci Bertrana was trained at the Escola Llotja in Barcelona. In 1892 he took part in an exhibition at Sant Feliu de Guíxols, where he came into contact with the Olot School and Santiago Rusiñol, who were the pioneers of a renovation in pictorial style. A few years later he would turn to literature rather than painting, but he never abandoned his brushes.

In this painting Bertrana depicts  the riverside houses of Girona by night. In his novel El vagabund, the main character contemplates the city at night with ’the picturesque row of old motley houses casting their confused reflection on the calm heavy waters of the river’.