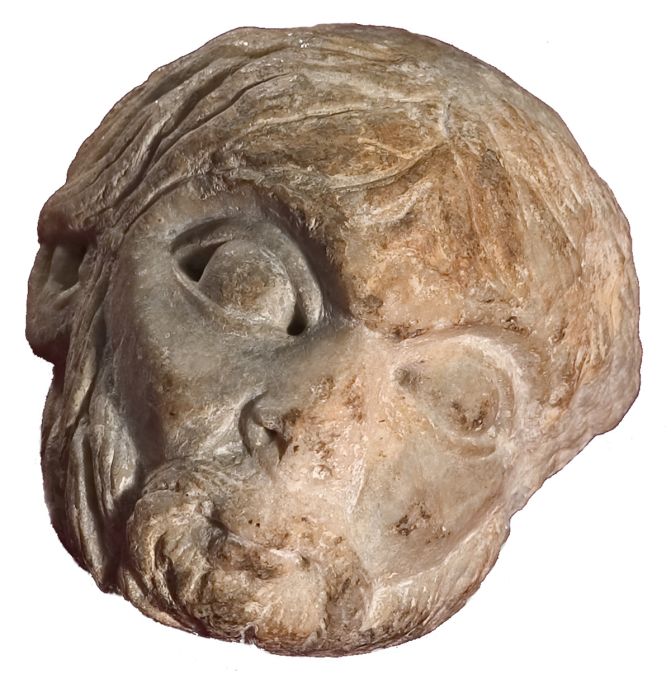 A small fragment of a marble sculpture that was part of the sculptural programme of the Sant Pere de Rodes Benedictine Monastery’s portal, confiscated in 1835 and looted throughout the 19th century and part of the 20th.

It represents the head of a bearded man with large almond-shaped eyes, in which the mark of the drill is clearly visible. This stylistic feature is what defines the style of a sculptor or workshop known as the Master of Cabestany, who worked basically between the south of the Languedoc-Roussillon region and the areas that made up Girona during the second half of the 12th century. All his works are attributed and named after the most representative work of his style: the tympanum of the church of Cabestany (Roussillon).