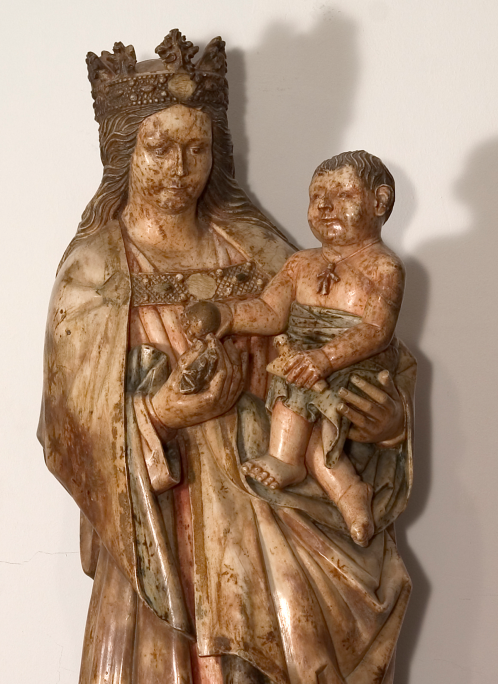 Images of Our Lady constitute one of the most genuine manifestations of Gothic sculpture. Those from the 15th century in particular are of outstanding quality. They presided over entrances to churches and cathedrals, altars and altarpieces and also formed part of the decoration of some funeral monuments. This Virgin, with beautiful, well-proportioned features, is the Gothic prototype par excellence: erect, with the body leaning slightly, she aadopts a balanced posture to support the Child’s neck, expressing her affection with a touch of her hand, while in the other she holds a bird. Other Virgins of similar characteristics and equal quality are those of Sallent and another from Boixadors.