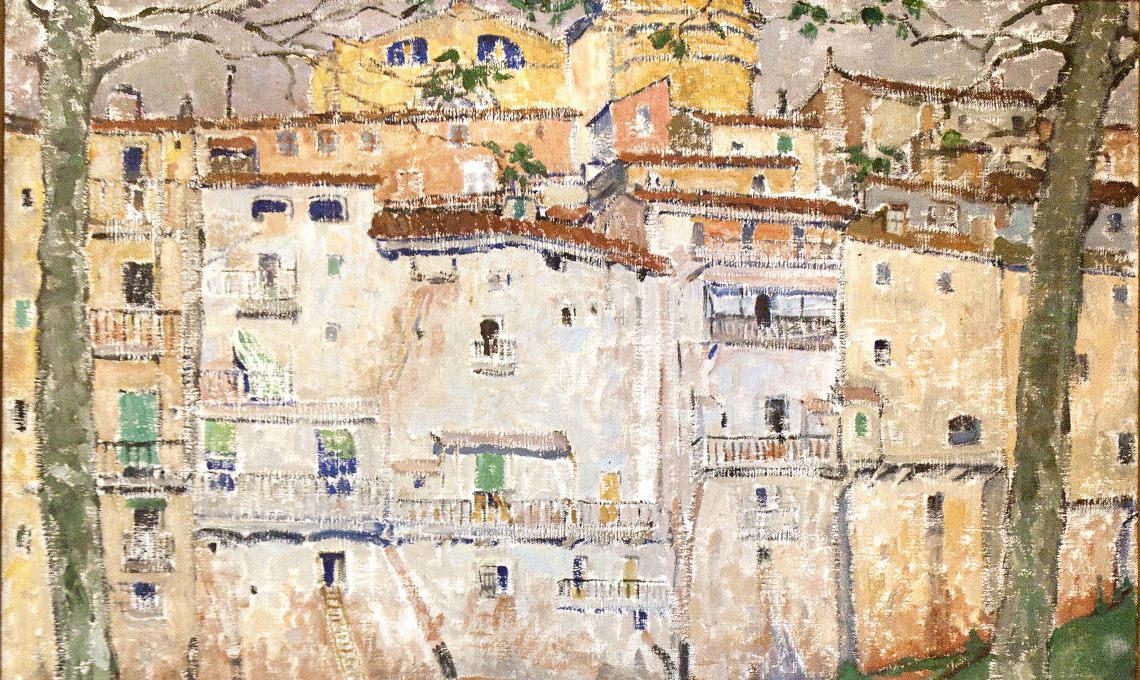 Maria-Mela Klingsland, who was born in Warsaw in 1886, took the name of Mela Muter when she married the writer Michel Mutermilch. In 1911, at the Galeria Dalmau in Barcelona she exhibited 33 works influenced by Post-Impressionism and Expressionism. In 1914, she stayed for some months in a house in the Plaça dels Apòstols in Girona and painted L’Onyar a Girona, a work which presented a new view, distanced from any literal representation, the essence of life in the city. The work was exhibited at the Sala Athenea alongside a further 19 canvases, all of them personal visions of the city.