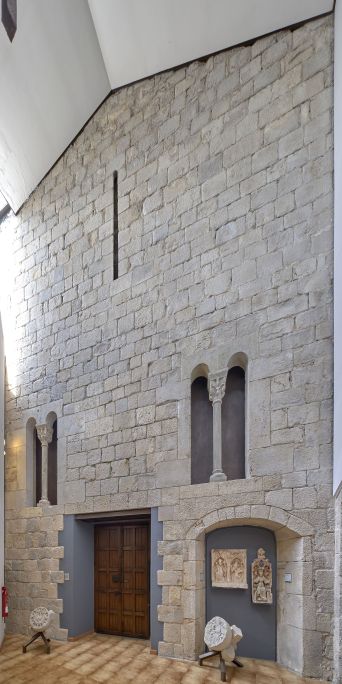 In the 1980s, during the refurbishment work on the Episcopal Palace to expand the Girona Art Museum, the upper part of the old southern façade of the Palace was discovered and left visible. It is a thick wall comprising finely-carved stone ashlars. It is adorned with two mullioned windows and a central column and capital sculpted with ornamental motifs and, above, a long central embrasure.

The façade was concealed and covered by another wall following the extension of the Palace in the 16th century. It was then that the opening currently linking it to the great hall we call the Throne Room was made.